The Lagos State Commissioner for Health, Prof. Akin Abayomi has given an update on the Italian man infected with the coronvirus. 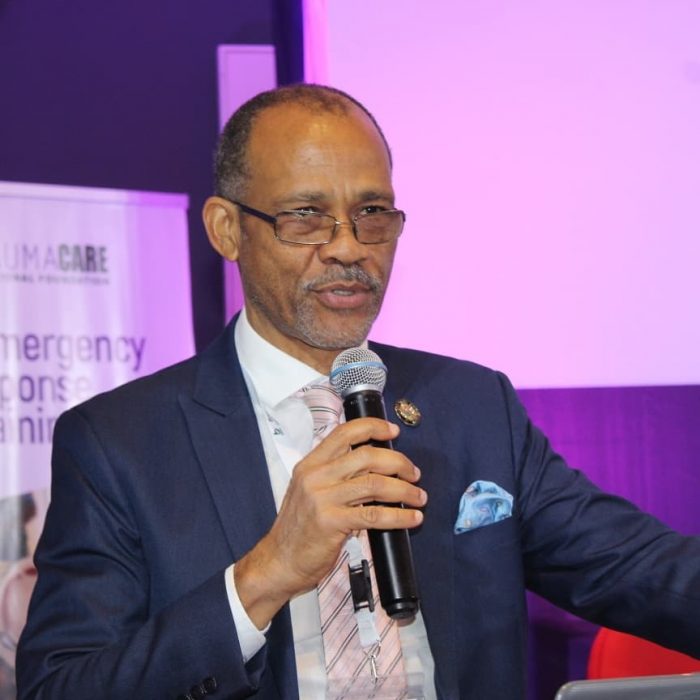 PM News reports that the Lagos State Government has debunked news making the round that the index case of Corona Virus Disease isolated at the Lagos Mainland Hospital tried to escape.

State Commissioner for Health, Prof. Akin Abayomi who debunked the news while giving an update on the index case at the Mainland Hospital on Saturday said the patient has never expressed any desire to leave the facility to the doctors and nurses who looks after him.

The Commissioner noted that the patient was initially kept in a single isolation room for his privacy when he was brought in because part of the facilities at the Mainland Hospital were being renovated. He added that the patient has subsequently been moved to one of the newly renovated wards.

“We were renovating part of the facility, so we kept him in a single isolation room for his privacy but we have subsequently moved him to one of our completed wards recently renovated with full complements of facilities, so he is right there now and he is comfortable.

“As of this morning, his condition has improved, he hasn’t developed new symptoms but he still got a mild fever and we will be running test to see what the situation is with the virus in his body and as soon as we get a negative screen, we will keep him for another two or three days and repeat the test to make sure that there are no more virus particles in his saliva and that means that he will not be contagious. Then, we give the OK for him to be released back into the community,” he said.

Responding to the news of an uber driver who had contact with the index case and reported to have gone at large, Abayomi described the news as fake and untrue, stressing that nothing of such happened.

Answering question on the vulnerability of health workers who works at the Mainland Infectious Disease Hospital, he responded that the staff at the facility have been specially trained to deal with patients who have pathogens of high consequence.

“They are experts in infection prevention and control and they do not go into the isolation unit without full personal protective equipment. This is a specialist facility and there is no level of carelessness going on in this facility.

“The staff here including the staff in the bio-safety level laboratory are well trained and certified biosecurity specialist, so there is no unprofessionalism in this environment”, Abayomi said.

On the issue of availability of Personal Protective Equipment (PPE), the Commissioner assured that a stock of several hundred kits are available at the mainland hospital, adding that PPEs have also been distributed to all the general hospitals and major primary health care facilities.

“So we are stocked up for now, if we need to buy more, we know exactly where to get it, so we are not worried about PPE supply.

While restating that the State government is prepared to contain and break the circle of transmission of the virus, he explained that the Lagos State Government have been building capacity for any biosecurity threats to Lagos since the Ebola virus incident of 2014.

“We have been preparing since Ebola incident of 2014 and as soon as Lagos was certified Ebola, we have been building capacity. This is evident in the level of sophistication in some of the facilities here at Mainland hospital. We have not been sitting down or relaxing, we don’t want to experience what happened in 2014 again, so we are ready and we will continue to build that capacity year by year”, Abayomi stated.

The Commissioner disclosed that the reformation plan for the Mainland hospital is a step by step process but very advanced, adding that new facilities are being designed for the hospital with the ultimate goal of making it a centre of excellence for infectious diseases with a large capacity for isolating patients if there is any major outbreak.