A woman took to social media to celebrate her mechanic for returing N60,000 after billing her N80K for a job. 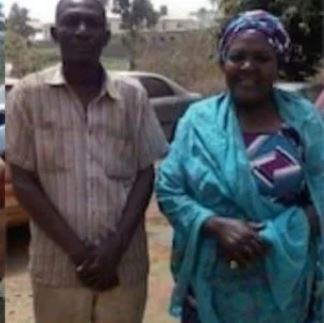 A Nigerian mechanic is being celebrated on social media after he returned the sum of N60,000 to a client after initially billing her N80,000.

The more-than-impressed client identified as Mariam Ibrahim, had taken her car to the mechanic to be fixed, after which the mechanic billed her N80,000 to fix the fault in the car which she paid.

However, when she returned to pick it up, he returned N60,000 change leaving her stunned and impressed.

She wrote on social media

“Two days later when I went to pick my car, to my utter disbelief, this mechanic, Mr. Godwin Omaga Innocent whose workshop is situated on Ibrahim Taiwo /Abeokuta Road, Kaduna said the car is working perfectly and here is my change. He gave me N60,000.

“I said “what? and you say the car is okay?” He said ” Yes Ma’am”. He narrated how the Panteka man gave him 3 different parts but none worked satisfactorily. He then went to other places and got the components. As l write this piece, the car is working perfectly.”

“When I expressed how shocked l was, he said Ma’am, WHAT IS NOT MINE, IS NOT MINE. Please friends, help me celebrate this exceptional Nigerian, a man of integrity, a God  fearing man and a beautiful example of honesty. The only thing that influenced his decision to return the money was his CONSCIENCE.

“Let this be a lesson to all, that what God has not given you is not yet yours. Give honour to whom honour is due. Thank you once more Mr Godwin Omaga Innocent.”