A set of veterinary doctors have removed a towel from the stomach of a python after it swallowed it at the beach. 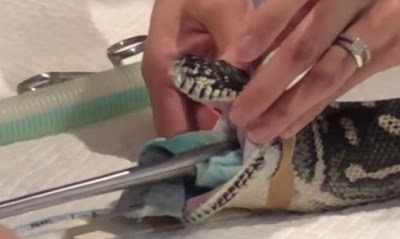 A famished python proved her eyes were bigger than her belly after swallowing an entire beach towel whole.

Vets dragged the towel out of Monty the python’s stomach while she was under anaesthetic at an animal hospital in New South Wales, Australia.

Staff at the Small Animal Specialist Hospital (SASH) in Sydney used forceps with a special camera attached  revealing the animal’s insides as the towel was safely extracted.

Astonishing footage recorded through the endoscope camera shows the moment the tool grabs the towel inside Monty’s body.

One vet holds the snake’s mouth open while a colleague carefully removes the towel.

Vets say the operation was a success with Monty discharged on the same day he went under the knife.

“Once we had a good grip, the towel was able to be carefully removed from the gastrointestinal tract with endoscopic guidance,” SASH revealed.

Now her owner has revealed how the 5kg, 18-year-old snake is “back to her happy, hungry self”. 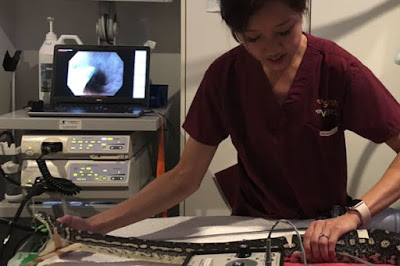 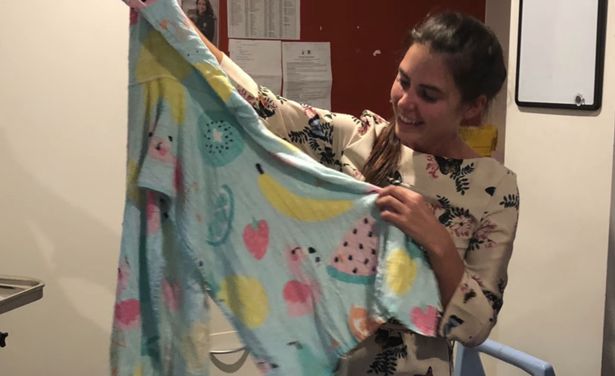