A Nigerian actress has wondered why women are not allowed to marry two husbands in this part of the world. 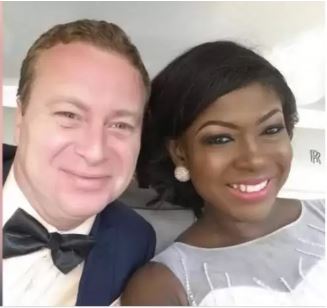 Susan Peters and her ex-husband, Croon
Nollywood actress, Susan Peters has advocated for women to be allowed to marry more than one man.
The act which is called polyandry is a form of polygamy in which a woman takes two or more husbands at the same time.
The Idoma, Benue State movie star share her thoughts on her social media page.
Recall that Ms Peters marriage to Dutch husband, Dr. Croon allegedly packed up few years after it was contracted.
The actress and Dr. Croon, had their traditional marriage on October 26, 2015. 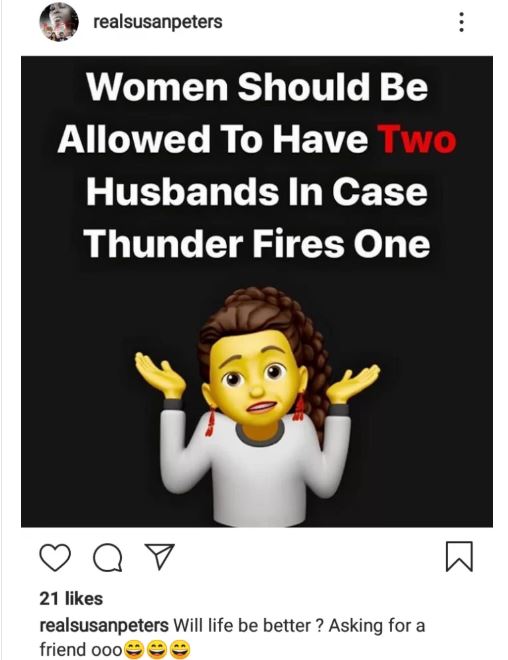