Despite court warning, Members of Shiite has taken to the streets of Abuja to protest against the detention of their leader, El-Zakzaky and his wife. 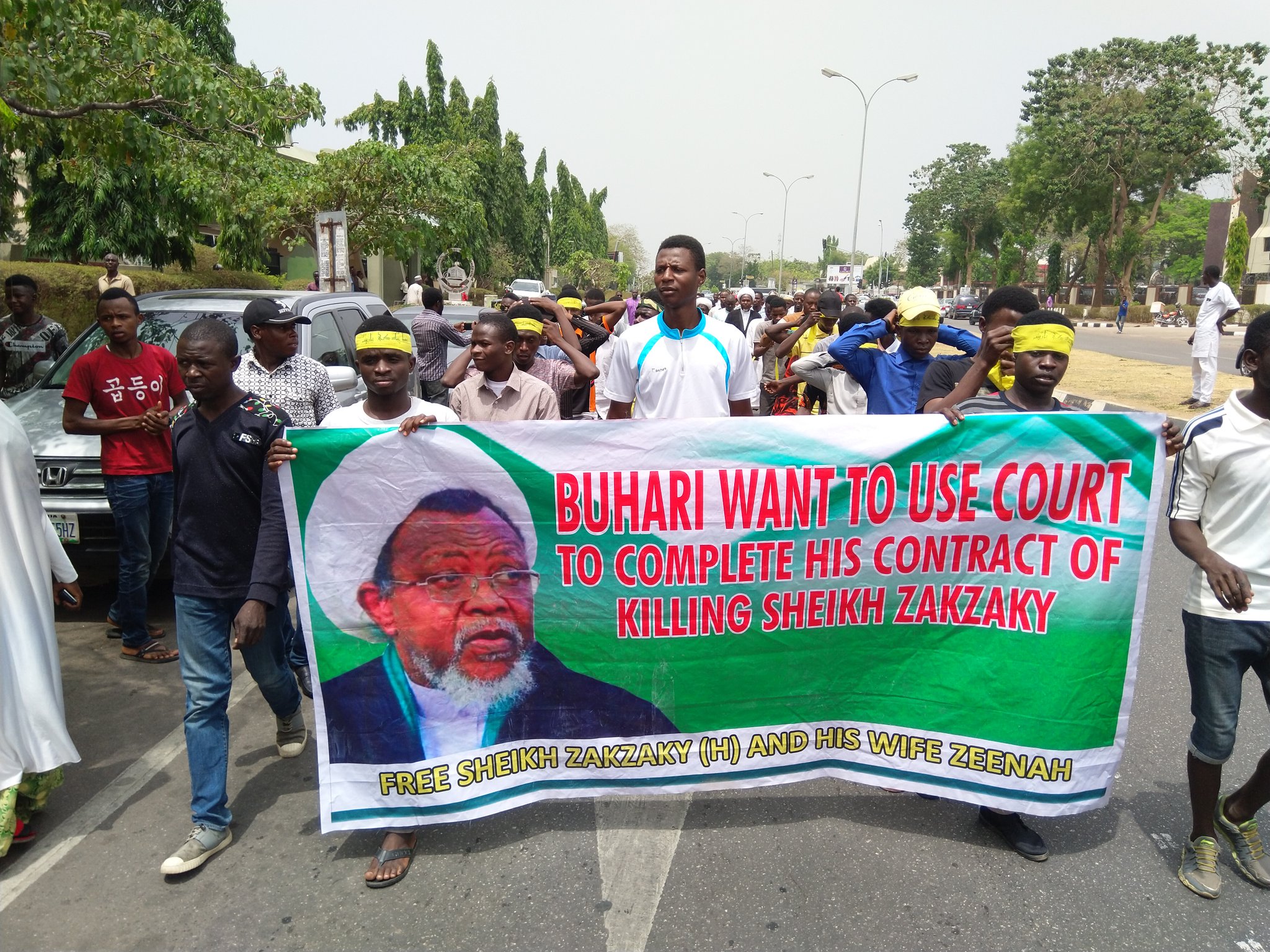 Members of Shiite Muslim organisation the Islamic Movement of Nigeria (IMN) have defied a proscription order by the court, continuing their protests in Abuja on Tuesday to demand the unconditional release of their spiritual leader, Ibrahim El-Zakzaky.

El-Zakzaky and his wife have been under the custody of the Federal Government since December 2015. His supporters have carried out several peaceful and violent protests to demand the unconditional release of their spiritual leader.

As their usual practice, they matched through Aguiyi Ironsi Street, Maitama, all through Shehu Shagari way, in large numbers, armed with banners, chanting solidarity songs and openly accusing the Federal Government of using the instrument of the court to frustrate their efforts to secure the unconditional release of the Shiite leader

Their large presence caused panic and fear among motorists and other passersby who were forced to use alternative routes to avoid unfriendly actions that might result from the protest.

Offices and banks along the streets were on high alert in case of any breach of security, as was the case in 2018 when the aggrieved IMN members clashed with armed security agencies resulting in the deaths and destruction of property.

More Photos From The Protest;