See The Face Of Catholic Priest Abducted In Benue State


A Catholic priest has been declared missing after he was abducted by suspected gunmen in Benue state. 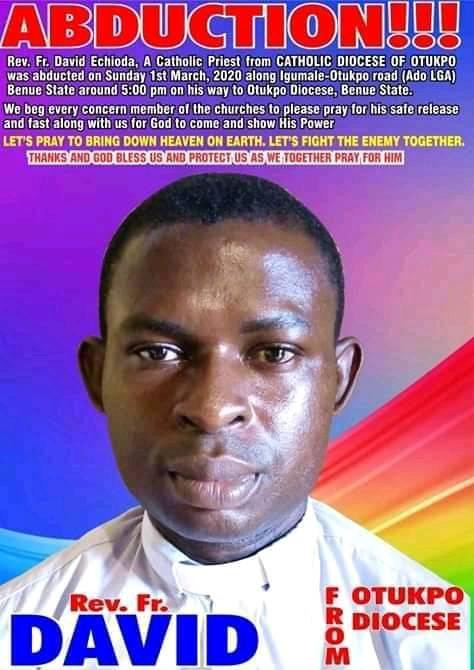 According to reports, Reverend Echioda was kidnapped along Alla-Akpa Road while returning from Sunday mass at Utonkon, Ado Local Government Area of the state on Sunday March 1st.

The Director of Information, Catholic Diocese, Otukpo, Reverend Father John Okopopu, who confirmed this to newsmen, said the victim was returning from a missionary work when he was kidnapped.

“It is true, he was returning from Alla-Akpa road when he was kidnapped. Unfortunately, the abductors are yet to contact the family or anyone,” Okopopu said

The state police command’s spokesperson, DSP Catherine Anene, who confirmed the abduction, said the police is investigating the matter.