A mentally ill man has been lynched by angry mobs after he stabbed a woman in Edo state. 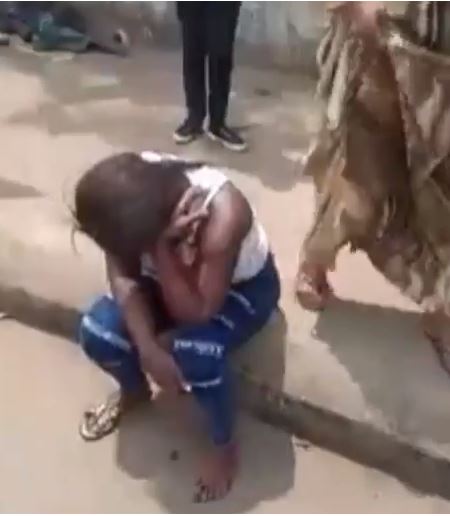 A middle-aged mentally-ill man caused a steer on the Oba Ovonramwen Square Ring Road in Benin, Edo State, on Monday, when he stabbed a 23-year-old woman, who was walking in the city centre.

The incident caused pandemonium as some youths quickly rushed to the scene and overpowered the man before he could cause more damage.

An eyewitness, identified simply as Adora, said the victim was just walking in the crowd when the man suddenly brought out a knife and stabbed her.

“We were walking together and the woman was probably rushing to work and was not aware of the man’s presence until he had stabbed her,” Adora stated.

She said immediately the victim was stabbed, she fell to the ground and was covered in her own blood.

“She was quickly rushed to the Central Hospital for treatment,” Adora added.

The incident angered a group of youths nearby, who pounced on the man, disarmed him and beat him to a stupor.

When contacted on the telephone, the state Police Public Relations Officer, Chidi Nwabuzor, said he was not aware of the incident and promised to call back as soon as he got information on it. He had yet to do so as of the time of filing this story.

Mentally challenged man stabs pedestrian in #Edo . . A lady is lucky to be alive after being stabbed by a mentally challenged man along a walkway in #Benin, #EdoState. . . The incident happened yesterday at the front of Oruokpota hall, Ring road, Benin. . . It was gathered that the lady was having a conversation with a friend, when the culprit told them to leave, but they ignored him, only for him to bring out a knife and stabbed the lady. . . Passersby, however, stepped in quickly to rescue the victim and disarmed the culprit.