Following reports that he has been quarantined over coronavirus fears, the NCDC boss has spoken. 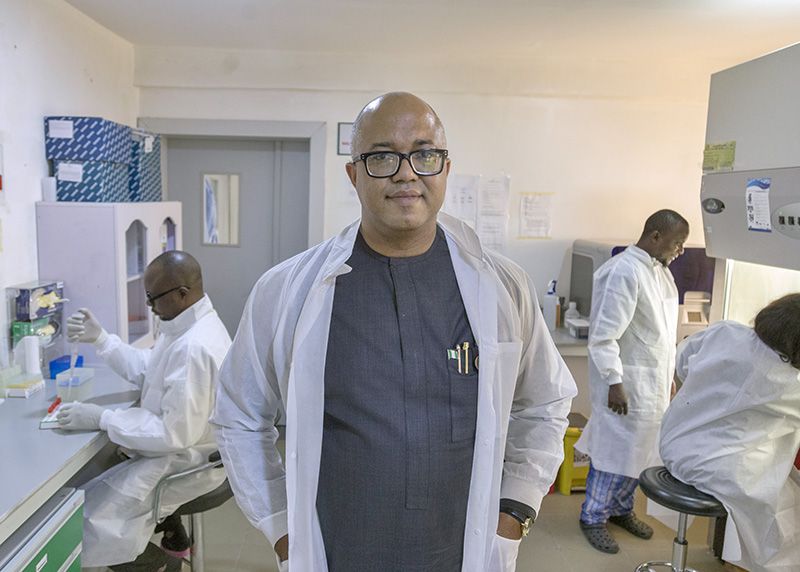 Dr. Chikwe Ihekewazu
The Director-General of the Nigerian Centre for Disease Control, Dr. Chikwe Ihekewazu, has stated he is in self-isolation and not quarantined over fears he might be infected with coronavirus.
Ihekweazu made this knwon on Tuesday evening while speaking with Punch.
The Minister of Health, Dr. Osagie Ehanire, had told the Senate that the NCDC boss was being quarantined.
Ehanire had said, “Chikwe had gone (to China) and come back and has done the test. It is negative, but we have insisted that he must undergo the 14-day of quarantine which is why he is not here today.
“He is not allowed to come out until after 14 days, because if you make rules, you must also obey them, which is to set example for Nigerians that the head of NCDC is self-quarantined as we speak. He’s very well but he has to follow the rules.”
However, the NCDC boss said indeed he was part of a delegation of the WHO that visited China recently.
He, however, said he was not being quarantined as reported.
“Please take that story down. I was not quarantined. I was part of the delegation of the DG of the WHO to China for research and I have since returned. I am not being quarantined please,” Ihekweazu said.
The DG explained that he was in isolation and was working from home.
“I am well and have continued my duties from home since my return from China as part of the WHO-China Mission on #COVID19

“The rumour that I am sick or in quarantine is obviously false.
I look forward to returning to the office after 14 days of self-isolation.”
Top Stories