A Nigerian boy has been declared missing after he was allegedly abducted in Toronto. 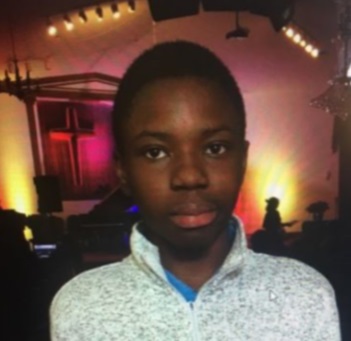 The police in Toronto, Canada, have launched an investigation into the alleged abduction of a 14-year-old Nigerian boy, Shammah Jolayemi, in the northwest of the city.

A statement released by the Toronto police service this morning, says Shammah was last seen in the area of Jane Street and Driftwood Avenue on Wednesday March 4th at 8:25 a.m.

Const. Michelle Flannery, spokesperson for the Toronto Police Service, said police do not know who abducted him.

"There is something that had led investigators to believe this is an abduction rather than a missing boy," Flannery said Wednesday night.

The Police say a vehicle was seen in the area where the boy was was seen; a black Wrangler with oversize front tires and a front push bar with round fog lights, with no licence plate available. 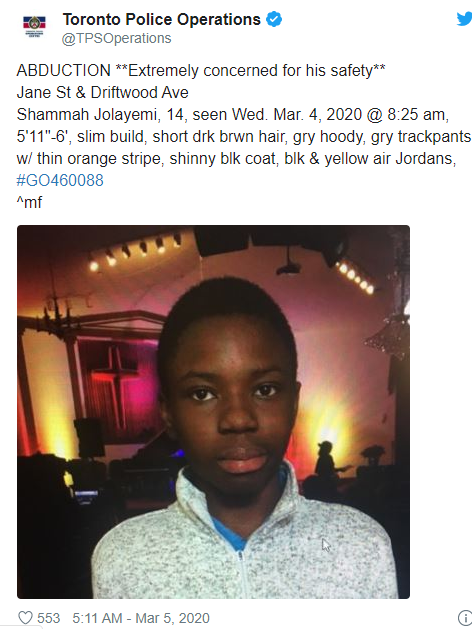