The EFCC has arrested a couple for allegedly stealing and converting funds for their personal use. 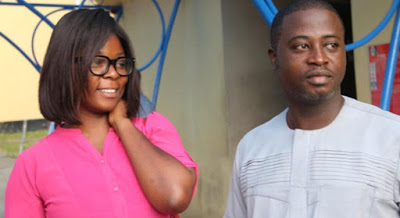 The Suspects, Oladeji and Omotayo Henry

The Economic and Financial Crimes Commission, on Wednesday, arraigned a couple, Oladeji and Omotayo Henry, before the Lagos State Special Offences Court in Ikeja for an alleged N555.82m fraud.

The couple were arraigned alongside their company, Built Global Concepts, on seven counts bordering on conspiracy and stealing.

The EFCC alleged that the couple, sometime in 2018, converted the sum of N410.17m belonging to Smart Investors’ Club to their personal use.

The anti-graft agency also alleged that sometime in 2018, the couple and their company converted the sum of N70m belonging to one Julius Ekonorue to their personal use.

The defendants pleaded not guilty to the charges.

Following their plea, the EFCC prosecutor urged the court to remand them in a correctional facility.

However, the defendants’ counsel, Richard Ahonaruogho, informed the court of a bail application filed on behalf of his clients and the prosecution said it would like to respond to the application.

The presiding judge, Justice Mojisola Dada, adjourned the matter till March 9, 2020, for the hearing of the bail application and ordered that the defendants be remanded in the Kirikiri Correctional Centre till then.