Drama As Popular Actress, Fella Makafui Collapses At Her Own Wedding In Ghana (Video)


An actress has collapsed during her own traditional wedding, leaving everyone present shocked. 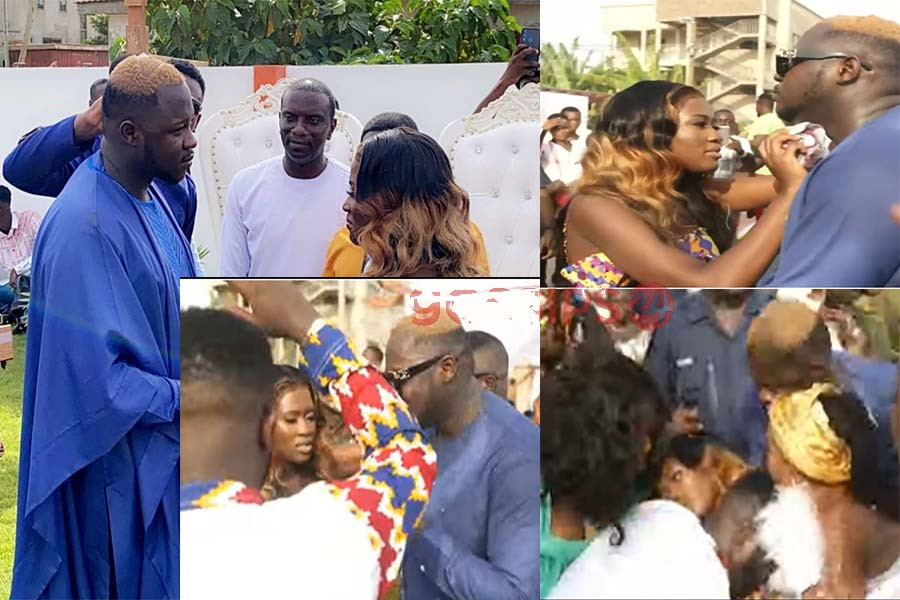 Fella Makafui, a Ghanaian actress, has been hospitalized after fainting at her traditional wedding to rapper, Medikal which was held today March 7 at Odehye Gardens in East Legon, Ghana.

The incident occurred after she danced with her husband for nearly an hour. Fella who was about leaving the stage after telling the MC that she was tired, fainted in the arms of Medikal.

This led to speculation of her being dehydrated and also pregnant.