Nemesis has caught up with a kidnapper who abducted and killed a reverend father in Imo state. 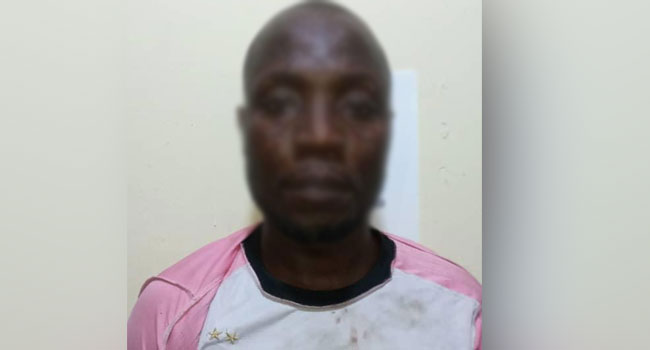 Charles Nnana
A notorious kidnapper said to have killed a Catholic Reverend Father, Cyriacus Onunkwo way back in 2017 has been apprehended.
According to the Public Relations Officer of Imo State police command, Orlando Ikeokwu, said that the suspect, Mr. Charles Nnana, from Aji in Oru East council area of the state, has been on the run since the incident occurred while other members of his gang were rounded up.
But the police on February 16 this year cut short his fun when he was arrested on the day of his traditional wedding day by operatives of the Special Anti-Robbery Squad (SARS)
Nnana was said to have fled to Indonesia after the operation only to come back three years later thinking that the storm was over, according to SunNews.
Giving insight to the case, Ikeokwu said: “Upon Investigation into this matter all the suspects were rounded up except Charles Nnanna who fled to Indonesia, However, based on credible intelligence, he was arrested while on his traditional wedding ceremony. He has confessed to the crime as well as his role in the operation. He will be prosecuted accordingly.”
Recall that the late Catholic priest from Osina, came home to bury his late father but was unfortunately kidnapped and killed by Nnana and his gang and took his corpse away which was also recovered few days after on the road. 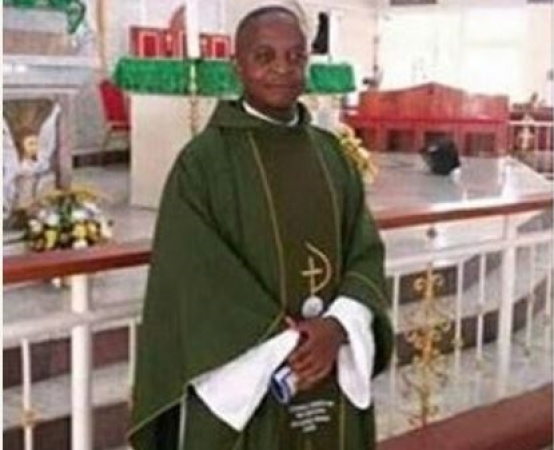