A Nigerian pastor took to Facebook to encourage incest amongst one's siblings and relatives. 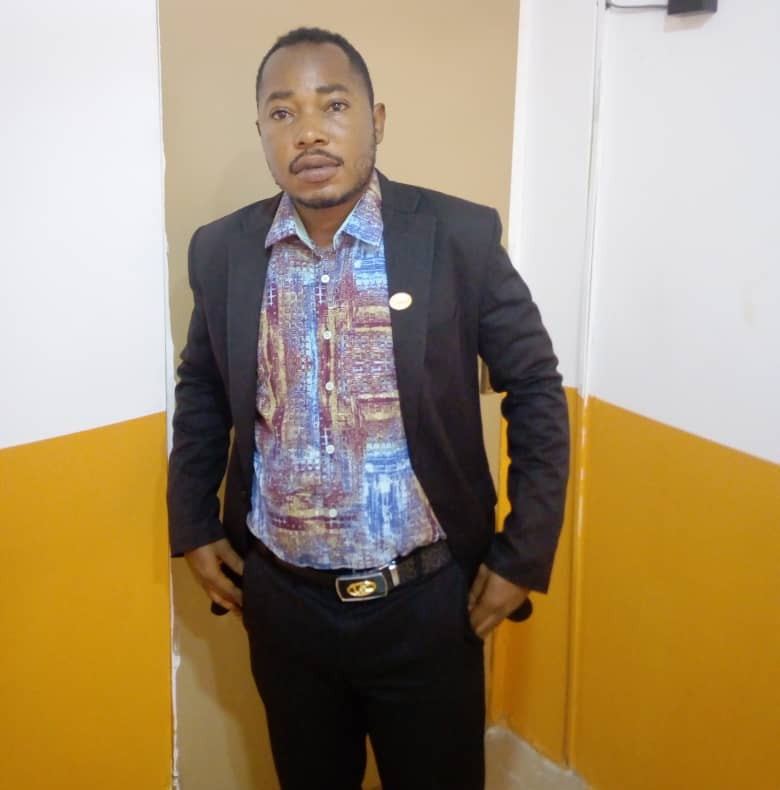 A Nigerian man identified as Zeromni Freedom, took to Facebook to narrate how he had sex with his blood sister numerous times.

Zeromni who started off by stating that there is nothing wrong with having sex with relatives, pointed out that many have had sex with their blood sisters and cousins but kept it a secret because the society will frown at it.

The Nigerian man also revealed that he had sex with one of his cousins and backed his disclosure by stating that "animals fuck each other".

I ONCE F#CKED MY SISTER

People always shy away from this question : "Where did Cain get wife?"

Who did cain fuck? If the bible story was real, or let's assume it's real, cain must have fucked his sister. Now , the story may not be true, but so many of us have f#cked our blood sister and brother or cousins but we kept it secret because our environment frown against it so we hide it and keep it secret.

In some countries, it is legal for siblings or relative to marry each other and have sex. The truth is that ,there is absolutely NOTHING wrong with incest. People create law to make it wrong and we grow with that mentality that it's wrong. Animals f#ck each other , they f#ck their siblings and enjoy life. We too are animals, we are more intelligent, yes. But we experience nature the way other animals do too.

When I f#cked my blood sister , it was long time ago. We were playing on bed and she had only her short skirt and pant, we didn't know when we kissed and start romance and we fucked . It happened like 3 times and I also fuck one of my cousins .it was consensual. We both want it. We kept it secret until we outgrow the feelings and they are married now .

Now, I am NOT talking about forced s3x . You don't have to rape your sibling or cousin because you have a sexual feelings for them. Thats wrong. The feelings must be mutual and you must both consent to it before it happens.

If you see it as bad and wrong, don't do it. If your country have a law against it, go to another country where it is allowed. Live your true life. Enjoy your life as it is. If there were truly a Cain then, he must had f#ck his sister.

If the story is a myth, then take a study of all of animals and find out if they fuck their siblings, if it's true , which I know it is, then why should human be any different? 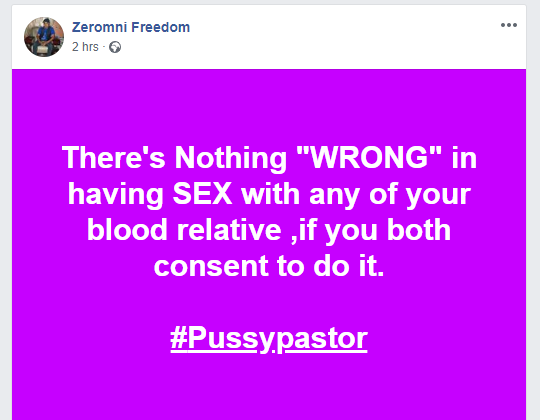 A Nigerian lady who commented on the post, also recalled dating her second cousin for 7 years. Binta Fateema April Isa disclosed that indigenes of her village are allowed to marry their cousin.

I dated my 2nd cousin for 7yrs,we were even engaged....in my place it is very much allowed to marry ur cousin. We call it "auran zumunta". there is nothing wrong with it! B4 u come under my comment and say rubbish remember I do not infact give two f#cks about ur opinion abt my culture. 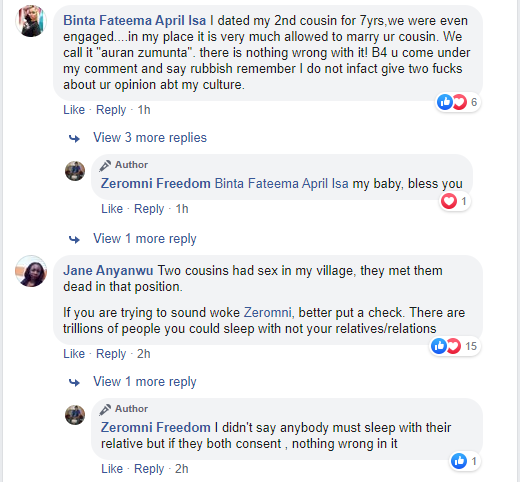 Heartbreaking! Woman Dies From Brain Injury After She Was Pushed Out Of Moving Keke By Suspected Robbers In Jos
Recent Stories