According to a senior lecturer, If more female lecturers are hired, sexual harassment in universities would be reduced. 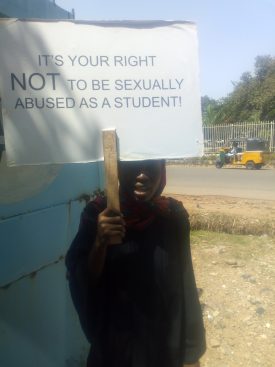 Dr Aisha Bawa, a Senior Lecturer in the Department of History, Usmanu Danfodio University, Sokoto (UDUS), has recommended the recruitment of more female lecturers as a panacea to sexual harassment in schools.

She specifically called for the recruitment of more female lecturers in higher institutions to reduce incidences of sexual harassment on campuses.

Aisha made the appeal in an interview with newsmen on Sunday in Sokoto.

She stressed that having more women in academia would surely reduce sex-for-marks menace and other sexual harassment plaguing the system.

She posited that academic institutions comprising both sexes as students and teachers in equal proportion would ensure a system that would harness maximum potentialities of both sexes as well as reduce exploitation of a section.

Bawa, who is the only female lecturer in the Department of History in UDUS, lamented that the space in the university system for the female folks was yawning.

“When there are more female lecturers, the female students will feel free to discuss their issues with them than going to the male folk.

”So more representation will help the system to wipe out issues of sex-for-marks and other sexual harassment strategies,” she stated.

The lecturer noted that having more females in the system would also encourage them to work hard.

“They have been calling me our mother, the mother of the department, so they feel happy when they see me as the only female in the department, and they feel free to come to me than to go to the men because I welcome them as my children,” Bawa said.

She, however, acknowledged that a lot of requirements in the academic system keep the women out of it, just as she noted some cultural constraints in the lifestyle of people in northern Nigeria.

“After the first degree, some women find it very difficult to come back for Masters and the university system is a system that you need to have additional qualification for you to fit in,” she noted.

She expressed optimism that the situation would gradually improve, as at present we have between eight to nine women in the Faculty of Management Science.

”In my faculty, Arts, we are only three, but we are hoping that by the time we have more of the women folk joining the Master’s programme, they will be interested in going for a PhD.

“We are hoping that very soon with these issues of gender balance that is being promoted by the international community, in the next recruitment, we will see more of our female folk in the system,” she said.

Bawa who doubled as the Coordinator, Women Networking Forum, Sokoto, emphasised the need for women to strike a balance between family and work.

She enjoined women not to be discouraged and face challenges.

The lecturer, therefore, urged parents and husbands to consider the society’s need for more females in specialties and support them accordingly.