A man has been sentenced to eight years imprisonment for stealing laptops and ipad. 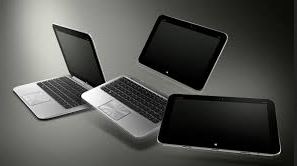 The judge, Justice Bamidele Omotosho, however, did not find him guilty of the offence of armed robbery which he was also charged with.

Justice Omotosho after listening to both prosecution and defence counsels, said, “The prosecution had proved its case beyond reasonable doubt and established the case of burglary.”

Omotosho told Romiluyi, “The Court found you guilty as charged on count three and four for the offence of burglary and stealing, but based on the plea of the defence counsel, describing you as a first offender, you are hereby sentenced to eight years in jail.”

Earlier, prosecution counsel, Abon Akinola, from the state Ministry of Justice, had said, “The defendant committed the offences on January 11, 2016. While armed with offensive weapons such as gun, club, knife and cutlass, he robbed one Ojumu Adeniran of his i-pad and MTN recharge cards valued at N30,000.

“Again, on January 12, 2016 at Textile Area, the convict also robbed one Pastor Sunday Ariyo of his HP Laptops and a sum of N20,000 while armed with offensive weapons.”

The prosecution called five witnesses and tendered exhibits including pictures, statements of the convict and the victims.

Defence Counsel, Mr Lawrence Fasanmi, who called only a witness, pleaded for leniency, praying that the court should tamper justice with mercy with his client as he was a first offender and still in his prime age, saying he could still be useful for the society.