Wow! Meet The Age-Defying Grandfather-Of-Seven Who Looks Like A Man In His 30s (Photos)


An age-defying grandad-of-seven has revealed the secrets behind his youthful looks and 'Instagrammable' six-pack. 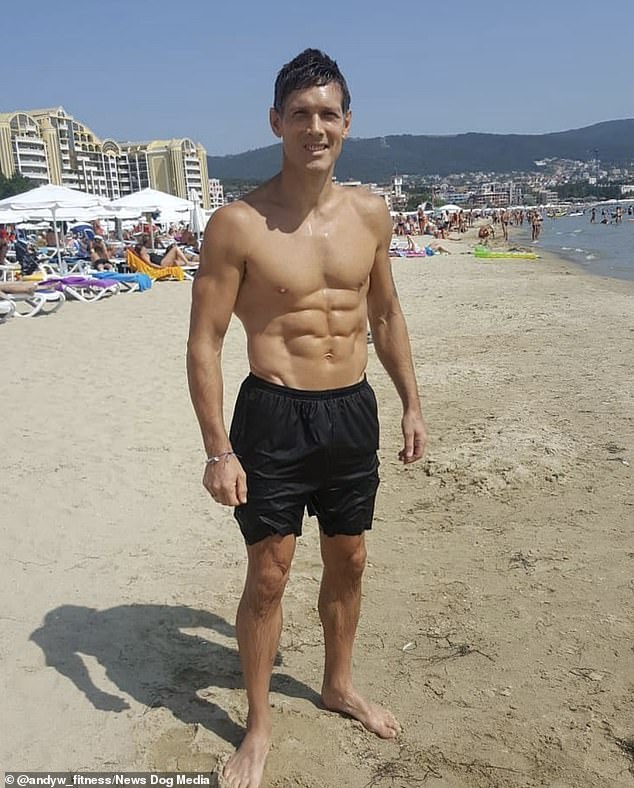 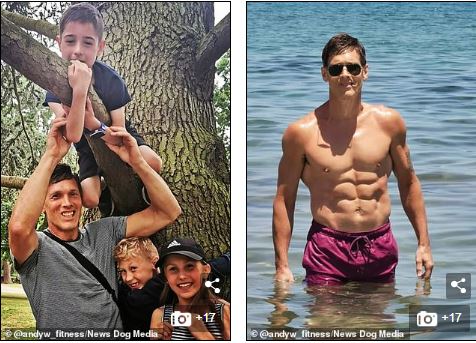 Andy, who has seven grandchildren between the ages of six to ten from his three children Claire, 37, Lee, 35, and Sarah, 33, admitted: 'I know I look much younger than my age and often get mistaken for being in my thirties rather than my fifties.
'If I'm on holiday with my six-pack out, I get approached by ladies in their thirties and I've been mistaken for my daughter's partner rather than her father on occasion, which is embarrassing.
'My friends also think it's hilarious when we go out to shock people with the fact that I'm a grandfather of seven.'
He added: 'A lot of people in their twenties and thirties message me on Instagram to tell me they aspire to have my body at their age, which is very flattering.
'Genetics help but there is really no secret besides hard work and diet. Stress is massively ageing as well, so I try to not get myself worked up about anything.
'I have a personal mantra, which is "Everything will be OK", and that keeps me calm and carries me through.'
Andy worked for Jaguar Land Rover before deciding to pursue his passion for nutrition and exercise and become an online personal trainer five years ago.
His age-defying abs and looks have amassed him 1,500 followers on his Instagram @andyw-fitness. 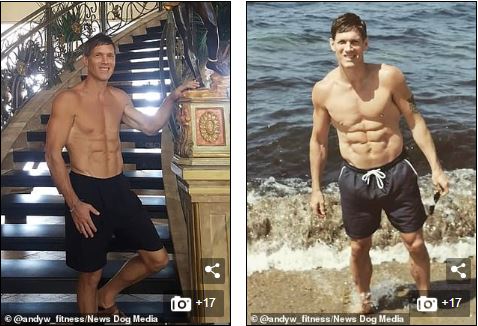 He said he's been interested in weight training since the age of eighteen but he seriously began to pursue the lean, beach body look when he was in his early thirties.
Andy - who is now in a relationship with a 51-year-old woman - said: 'I was always interested in looking good, but it was in my thirties that I radically assessed what I was eating.
'I realised there was no need to have protein shakes, bars or supplements to get that beach body look. It was about eating healthy foods, portion control and cutting down on carbs as you age.
'The older you get, you don't need as much carbs or food as you think you need. Now I'll stick to a few tablespoons of rice and half a sweet potato as my carbohydrate and I focus on eating less carbs at night.
'I also drink plenty of water too - you can put all the creams in the world on your face but water is what matters most when it comes to good skin. And I might occasionally have the odd glass of red wine, but I don't drink much alcohol otherwise.'
Many will be surprised to hear that Andy only works out three times per week to achieve his hunky physique.
He said that recovery, sleep and not stressing are overlooked as major contributing factors towards ageing well.
***
Source: Daily Mail UK
Top Stories