No fewer than 40 security agents, including policemen, personnel of the DSS and the NSCDC were deployed in the compound. 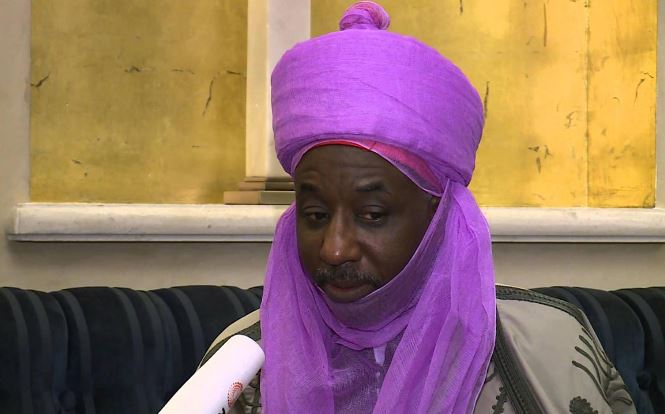 It has been revealed that security was  on Wednesday beefed up  in a compund, where the Emir is being detained  at Awe town in Nasarawa State.

According to a report by The PUNCH, no fewer than  40 security agents, including policemen, personnel of the Department of State Services and the Nigeria Security and Civil Defence Corps, were deployed in the compound, which has three houses.

A The PUNCH correspondent who visited Awe counted no fewer than 40 policemen guarding the compound,

A police vehicle with  number plate 3623 was parked in front of the houses, close to the palace of the paramount ruler of Awe Chiefdom, Alhaji Isah Umar.

The compound, which was  said to be a private building of the Chairman of the Local Government Area, Mr Umar Abubakar, is along the road that leads  to Benue State.

The security agents turned back sympathisers who thronged the house to visit the dethroned Emir.

Two paramount rulers – the Yakanajin Uke, Alhaji Ahmad  Abdullai, and the Sarkin Karshi, Dr Muhammed  Bako, –  were among the people prevented from visiting  the deposed  Emir.

The monarchs, who got to the gate of the compound around 1:30pm, were turned back by the security men.

The overzealous security agents also chased  away a crowd  who had gathered in front of the compound. They also harassed journalists,  who were at the gate of the compound.

The police seized  mobile telephones of The  PUNCH  and The Guardian correspondents on the grounds that they took pictures of the houses without approval. The overzealous security men later returned  the phones and asked the journalists to delete the pictures.