A Crocodile was caught, butchered and shared amongst the residents in a community in Bayelsa.

See Photos Of Crocodile Which Was Caught, Butchered For Meat In Bayelsa

A crocodile was caught in Sagbama river, Bayelsa State. Residents were pictured sharing the meat after killing the crocodile.

The people have refused to embrace wildlife in the community thereby beheading and butchering the crocodile for consumption.

This is coming weeks after residents in a community in Delta State were filmed dragging a sea lion along the streets after it was caught in the community river. It was reported that the Sea lion was also butchered for meat. 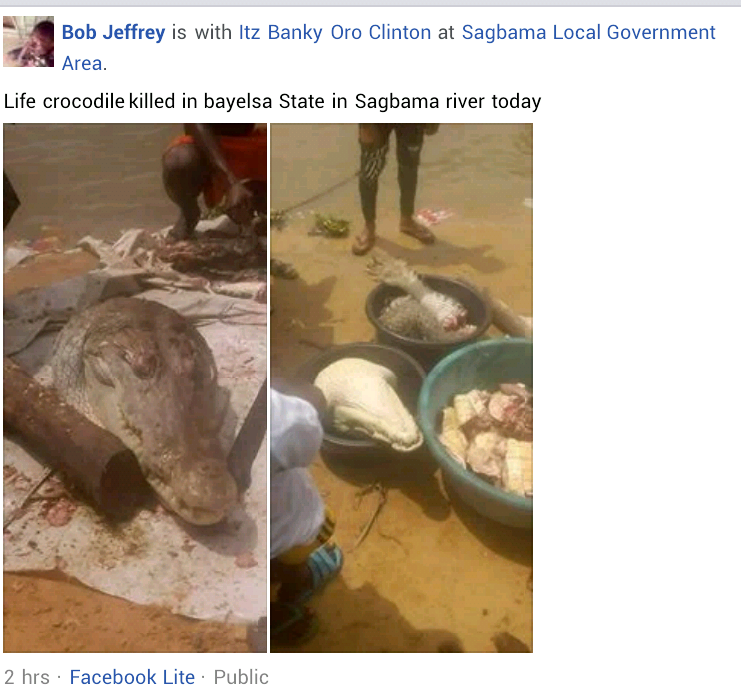 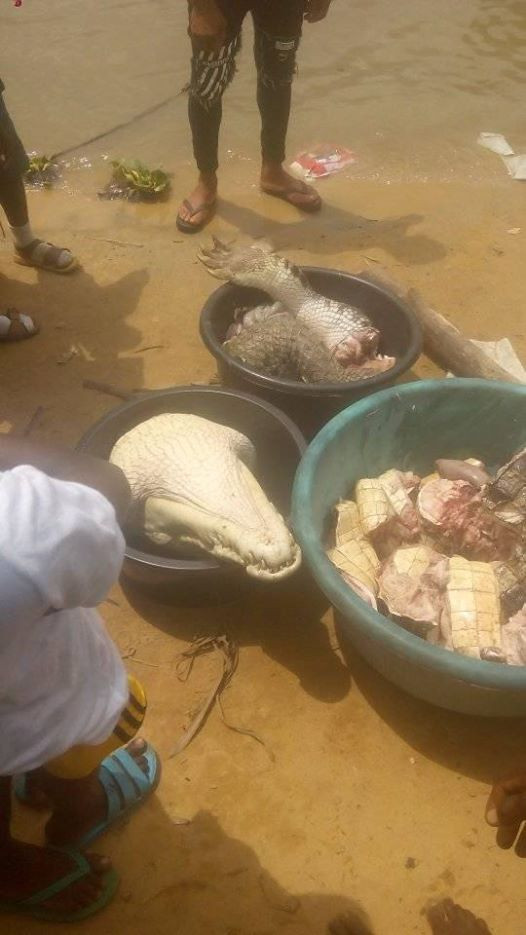