How I Married The Wrong Man At Right Time - Actress, Monalisa Chinda Opens Up


Veteran actress, Monalisa Chinda has talked about her life and career, revealing that she married wrong man at right time. 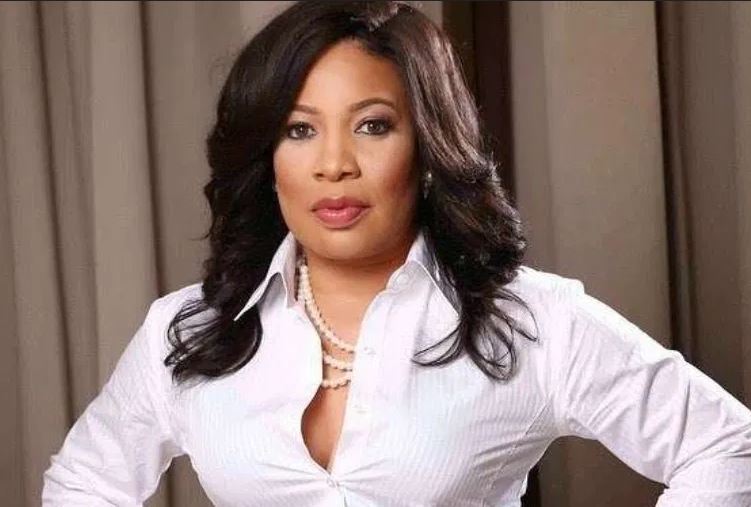 Beautiful and talented actress, Monalisa Chinda has been dominating the movie scene ever since her debut in Pregnant Virgin.

Having experienced a bad marriage to a label owner, she bounced back and now enjoying her second marriage to Victor Tonye Coker.

In this interview, the mother of one shares her marital regrets and joy of her new position as the PRO of Actors Guild of Nigeria (AGN). Enjoy it.

You have just been appointed the PRO of Actors Guild of Nigeria; can you tell us more about this?

Basically, I am the director of communication (national), which means I have to foresee everything that has to do with publicity, packaging the guild, making sure that nobody is stepping out of order. Our guild has rules and regulations, so I am to make sure that members do not break these rules. It is a very sensitive position, which means I am going to be stepping on lots of toes. I won’t use my position to intimidate anyone. I just have to follow protocols. I didn’t set the rules; I met them there. I need to harmonize the rules, get everyone speaking in one language, so we can move the guild forward.

Some people believe the guild is more like an inner caucus gathering? What do you think should be done to make sure more people take part in the affairs of the guild?

Under the leadership of Emeka Rollas, you see that things are being harmonized properly. We are trying to carry everyone along. The major problem is ‘are you interested in this guild? Are you interested to see that there is a proper structure to which everyone would abide?’ So, it’s personal interest. And I don’t blame them because in the past, people have been hurt, burnt and taken for granted. Sometimes people see Actors Guild of Nigeria as a scam. It is imperative that we clear all these doubts. It is important that we live up to our reputation. It is not rocket science.

For up and coming actors who want to join the guild, what’s the first step to take?

Get registered. When you do that they hand over to you the constitution, rules and regulations, and other basic things you need to know about.

I hardly see you in movies nowadays, what’s going on?

I am still very much around but not as regular as I used to be. I have done At Your Service, Bling Lagosians, and there are so much on ROK TV and Mnet. I have so many things that I’m doing. I am getting older and there has to be room for the younger generation to take over. I am more about producing movies. I have done a lot in the past. I think that’s one of the things that slowed me down. Movies can be very demanding, you end up getting lost doing films for other people. However, this year, you would be seeing more of me on your screens.

You mentioned stepping aside for up and coming actors to take over, you mean you don’t feel bad seeing some of them taking over your roles?

Are you going to remain young and sexy for the rest of your life? No! There are certain roles that I can’t play anymore. I have to tell myself the truth. For instance, I can no longer play a young university student, a year-one student. But every other role like aunty, wicked step-mum, house help, I am game.

How about deep romantic roles?

Romantic roles? Yes. Why not? I am an actor, so I can play such roles but it must be tastefully done. It must be a fantastic script and interpretation. But I’m not going to go nude for any reason. Those are Western ideas that don’t work here. We are Africans.

What do you look out for in a script?

I don’t know why I didn’t mention money in the first instance. That’s to show how passionate I am. Acting is a deep passion for me. I don’t think anyone in Nigeria would be able to pay me my fare because of how low our (movie) budgets are. It can be so annoyingly low. And I don’t want to let money stand in a way of making me deliver. I know we all have to work to put food on our tables but it comes with the passion. If you say ‘this is my fee, if you don’t pay me this fee, I won’t feature in your film’, with the way Nigerians do things, they would just leave you behind.

Would you want your daughter to join the industry?

Have you watched any of your old movies and wished you didn’t do it?

No, because that’s what was available at that time. I have never regretted any movie that I have done. But for now, I select because everyone needs to upgrade to better roles and character.

What’s next for Monalisa?

You age backwards, what’s the secret?

I think it’s the person inside of me. I don’t do any other thing extra. I drink a lot of water; use my ori (Shea butter). I use what you use, nothing more.

Does your daughter always ask for another baby, a sibling?

Yes, she wishes. She’s alone and so sometimes she would ask, ‘is there any chance that I can get a younger brother or sister?’ and I would say ‘it’s coming’. The Lord is the author and finisher of my faith. He knows my heart desires; he knows I want more children. It’s up to him to give me. It is not a burden for my husband and I. We look beyond all of that; children are not in the hands of man but God to give. I am happy I have such an understanding partner. He knows that none of us is barren. With time, by the grace of God, we shall have more kids.

Don’t your in-laws disturb you?

No. They don’t. We have gone past that stage.

Looking back, do you have a regret or mistake you made?

Maybe five years ago, I would say yes but now, no. Everything that has happened to me in the past has been a blessing that has built me to be a better person. It’s an eye-opener, which has made me wiser. I didn’t kill anybody neither did I steal, it’s just flesh. Sometimes you think you are taking the right decision for yourself, not knowing it is a grievous mistake. Don’t stew in your juice, if you have made a mistake in life, move on, don’t try to carry out revenge or get angry over what you couldn’t control. My advice is, let your hurt go so that you can be a better person. Let love lead and find you again.

Do you see your past marriage as a mistake or regret ever taking such decision?

No, I don’t see it as a mistake. I was just young and naive. I met the wrong person at the right time. The person was wrong for me, so what I did was to dust the dirt off my body and move on.

What’s your advice for some of your colleagues suffering from heartbreak, failed marriages?

Every individual has his or her way of dealing with emotions. It is very difficult I must confess, but when you keep speaking positivity into your life, that helped me a lot. I looked at myself in the mirror and told myself that I am better than before. I had a child who was 16 months old at that time. I told myself, I must move forward. I must look after my child.

Fill yourself with positivity. Surround yourself with people that are supportive. I had a fantastic support system, my family and very few of my colleagues. They knew how I started from day one with the person in question. So, find yourself among people who would take you to light. I prayed a lot, put my situations in the hands of God and He helped me. That’s why I said it’s not a mistake; it only shaped me and made me a better person. Then, I had wanted to marry because every other person was getting married.