A beautiful couple have died in the deadly explosion that took place in Lagos on Sunday. 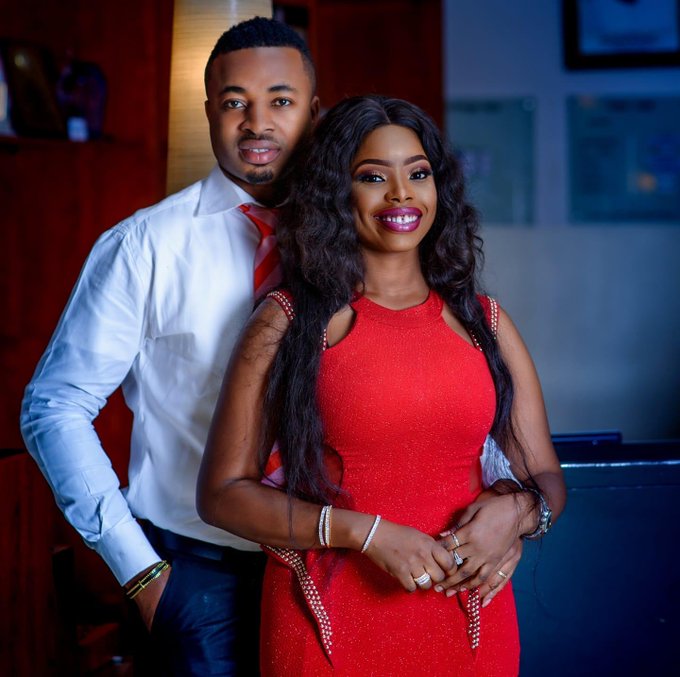 Couple died in the Lagos explosion
Many people have died after an explosion rocked the Abule Ado area of Lagos state in the early hours of Sunday, 15th of March 2020.
The National Emergency Management Authority (NEMA) put the death toll at 15 as of Sunday evening, a family of 4 and 11 others.
A newlymarried beautiful couple met their untimely death in the explosion. The pregnant woman identified as Chisom Udoakonobi,  who is also a first class graduate was confirmed killed alongside her husband.
The Nigerian National Petroleum Corporation (NNPC) said a truck which hit gas cylinders around the corporation’s pipeline right of way triggered the explosion.
Many houses were destroyed while vehicles got damaged in the explosion which reverberated across Nigeria’s most populous city.
Residents and witnesses counted their loss following the sad incident.
At the headquarters of the Lagos province 3 of the Redeemed Church of God (RCCG) located on 24 Road, Festac town, the explosion which occurred more than a kilometre away from the church premises, shattered glass windows, injuring worshippers.
A parish of the First Baptist Church near the RCCG parish also lost a part of its roof.
The roof of a parish of the Living Faith Church (Winners Chapel) located at 7th avenue, Festac, was also blown off in addition to that of the Ark Parish of the RCCG at first avenue.
The Odic Plaza, a motor parts mall and warehouse, Bush Bar Hotel, Green Horse Plaza which houses tyres, Arch Angel Catholic Church, Chino Plaza with many goods in it, and a mechanic village, all located inside the Trade Fair Complex, Ojo, were all hit by the explosion. 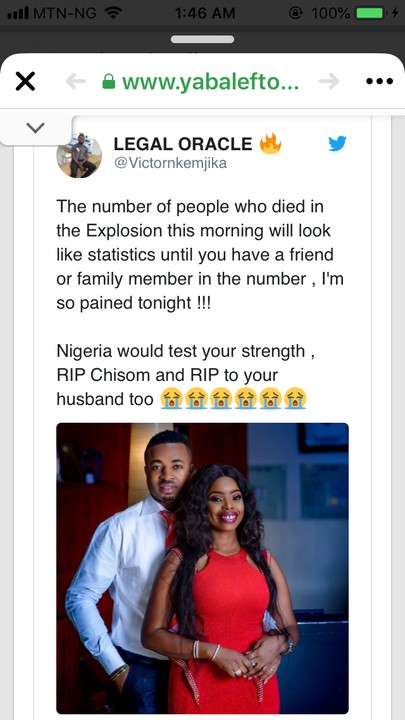 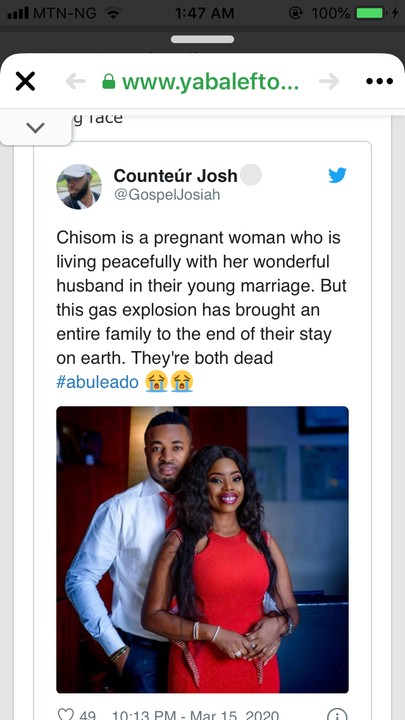