The Catholic Archdiocese of Lagos has debunked rumours about students Of Bethlehem girls college losing their lives in the fire outbreak at Abule-Edo. 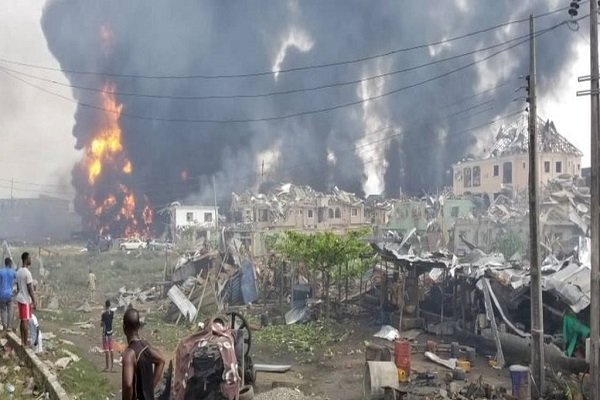 No student of Bethlehem Girls College died in the explosion that rocked the Abule-Ado area of FESTAC in Amuwo Odofin local government area of Lagos state on Sunday, the Catholic Archdiocese of Lagos confirms.

Earlier reports have it that some students of the school were among the victims that lost their lives in the explosion.

But the Church in a statement signed by the Chief Shepherd of the Archdiocese, Most. Rev. Alfred Adewale Martins, stated that all students of the school were reported safe.

He said that with the help of the first respondents, all the students were rescued and some that were injured were rushed to the hospitals while others have been released to their parents and gone to their different homes.

“We want to state that all students of the school were reported safe. Those who sustained injuries were promptly attended to in various hospitals within the environs.

“We are getting our Education Department along with the Administrators of other Archdiocesan schools to see how the students of Bethlehem Girls College can be accommodated in other schools so that their education is not disrupted,” the statement reads in part, noting that the incident occurred while the students and staff were at Sunday Mass.

The church, however, confirmed the death of the school’s Administrator, Rev. Sr. (Dr.) Henrietta Alokha, and a female security guard who both paid the supreme price while trying to ensure the safety of the students.