A Nigerian army officer accused of ordering the murder of police IRT team members has proceeded on a course. 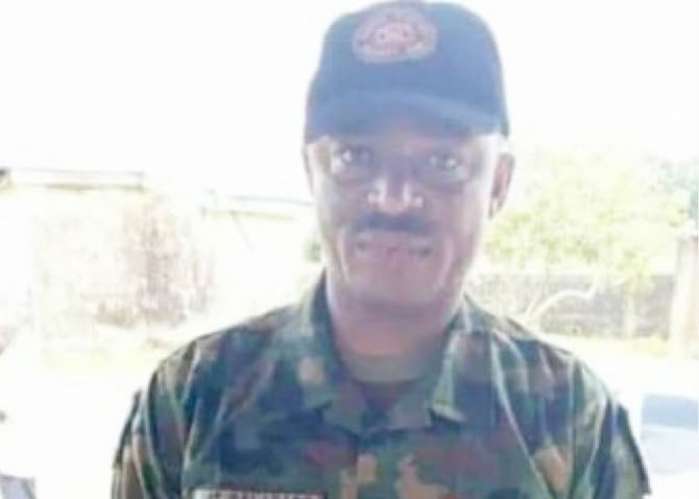 Tijani Balarabe
The Captain of the Nigerian Army, who allegedly ordered the shooting and killing of Operatives of the Inspector-General of Police Special Intelligence Response Team and their civilian informants, Tijani Balarabe, has proceeded on a Course in Kaduna, TodayNG has reported.
The information circulated less than 24 hours after kidnap kingpin, Hamisu Bala, aka Wadume, was arraigned on charges bordering on terrorism, murder, kidnapping and illegal arms possession.
Balarabe was one of those listed to be arraigned alongside Wadume, who appeared in court on Monday.
The Inspector General of Police, Mohammed Adamu, filed a 16 counts charge against Wadume, alongside 19 other suspects, including Balarabe, who was alleged to have ordered the shooting of the IRT Operatives and their civilian informants, on covert operation in Taraba State.
A source said: “The Soldiers and Officer involved are moving freely.
“One was posted to Cross Rivers and Captain Balarebe, the kingpin, is on course in Kaduna.
“He even went to Ibbi town Taraba State last week, where the killing happened.
“Many people saw him.”
Justice Binta Nyako, on Monday, while presiding over the case, ordered the Chief of Army Staff, Lieutenant General Tukur Buratai, or any other person in whose custody the suspects are, to produce the soldiers in court on March 30.
The suspects ordered by the Judge to appear before the courts are the 2nd to 11th respondents in the charge.
Soldiers of 93 Battalion, Takum, Taraba State had on August 6, 2019 opened fire on the IRT Operatives, who had arrested Wadume and were transporting him to the state police command in Jalingo for interrogation.
The soldiers allegedly killed three policemen and two civilians.
Top Stories