A teacher has been accused of flogging a sick student over a N2k debt. 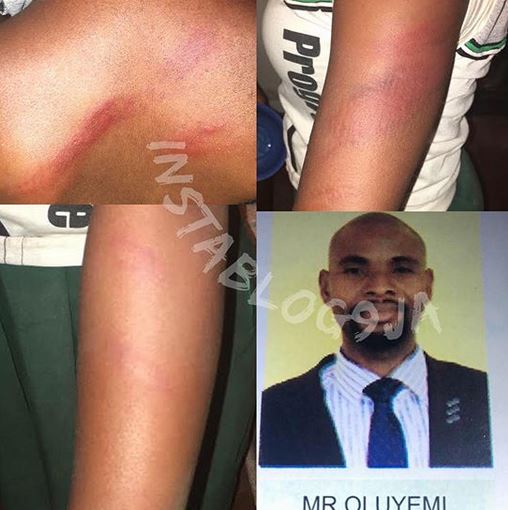 One Mr Oluyemi of Command Day Secondary School, Odgbo, Ibadan, Oyo State, has been accused of flogging a sick student over an unpaid sum of N2,000 for after-school lesson.

According to Ogbu Abigail Onyinye, who is the aunt of the victim, the incident happened yesterday.

Her words: “At first I though she was joking until I went to the room and saw her crying with her hands and body swollen. My mum had been using hot water to reduce the swelling.

For Christ sake, she has been trying to recover and hadn’t been in school for weeks now, only for her to get to school yesterday to get the beating of her life.

The N2,000 isn’t a problem at all. It’s something she can always take along with her to school tomorrow. She told this man she’s sick and recovering, but he insisted she lie on the desk in front of her colleagues and gave her series of lashing.

This’s so unfair. It’s the height of wickedness. This is inhuman. I wish you could see her in real life. He flogged her like an animal.Enough is enough!!!

He beat her in front of her fellow students. She’s so depressed right now . My heart is broken.  This has to stop!!.”