Four men who brutally had carnal knowledge of a woman before murdering her have been executed. 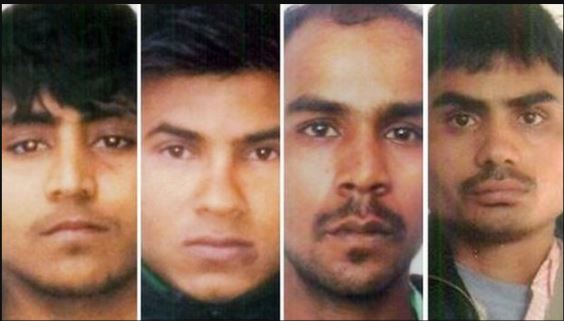 India executes four men who raped a woman
India has executed four men who were convicted of the brutal gang rape and murder of a young woman on a bus in Delhi in 2012.
BBC UK reported that the men, Akshay Thakur, Vinay Sharma, Pawan Gupta, and Mukesh Singh had been found guilty in a 2013 trial and sentenced to death by hanging, but their execution had been postponed multiple times due to appeals.
The four were hanged at dawn on Friday March 20th in the capital’s high-security Tihar prison with hundreds gathered outside the prison gates, shouting “death to rapists”.
“It took seven years but justice was delivered,” said Delhi chief minister Arwind Kejriwal.
It was the first time in five years that capital punishment has been carried out in India.
The victim, a 23-year-old physiotherapy student who the Indian press christened her Nirbhaya, meaning fearless was gang-raped on a moving bus and left for dead on a roadside in December 2012. She died in a hospital in Singapore two weeks after the attack.
At that time, six people were arrested for the attack. One of them, Ram Singh, was found dead in jail in March 2013, having apparently taken his own life.
Another, who was 17 at the time of the attack, was released in 2015 after serving three years in a reform facility, the maximum term possible for a juvenile in India.
Nirbhaya’s mother Asha Devi, who had campaigned for her daughter’s murderers to be hanged, said that “today is dedicated to daughters of the country”.
“As soon as I returned from Supreme Court, I hugged the picture of my daughter and said today you got justice,” said Devi.
“I thank the judiciary and government. Our wait for justice was painful and agonising,” added Nibhaya’s father.
Top Stories