Drama As Ex-Presidential Aide, Obono-Obla Gets Arrested In Abuja


Obono-Obla, who was declared wanted by the ICPC on October 22, 2019, was arrested in Abuja on Friday. 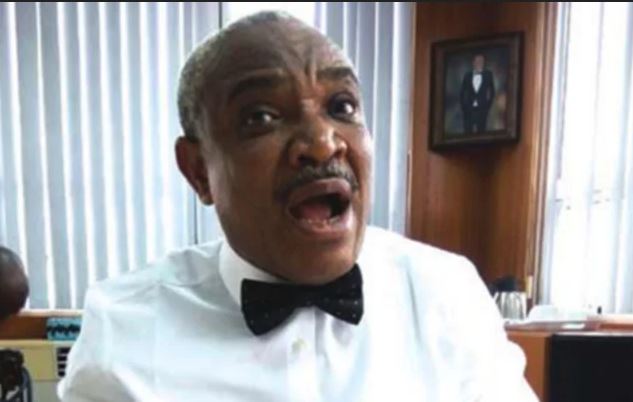 The PUNCH reports that the former chairman of the Special Investigation Panel on Recovery of Public Property, Okoi Obono-Obla, has been arrested by the Independent Corrupt Practices and Other Related Offences Commission.

Saturday PUNCH gathered that Obono-Obla, who was declared wanted by the commission on October 22, 2019, was arrested in Abuja on Friday.

He was suspended through an approval given by the President, Major General Muhammadu Buhari (retd.), in a letter dated August 14, 2019 with reference number 58788/S.75.18/T1/100, and signed by the Secretary to the Government of the Federation, Boss Mustapha.

ICPC spokesperson, Rasheedat Okoduwa, confirmed the arrest in an interview with our correspondent. “Yes, he is with us. He has been arrested,” she said.

The commission had in a statement accused him of failing to honour its invitation over a number of allegations bordering on fraud and corruption. The statement said there was evidence that Obono-Obla left Nigeria in August 2019 and had yet to return to the country.

It stated further that Obono-Obla was facing series of allegations levelled against him by members of the public on his role as head of the SPIP.

After a series of published reports, which suggested that the former SPIP boss was in Nigeria and attending public functions, ICPC during a press conference said through the spokesperson that the commission would unleash security men to fish him out. She also advised him to come out of hiding and prove his innocence.

Okoduwa had said, “We have read in the media about his being available in the country and making statements on social media. We have advised him to come out of hiding and present himself to ICPC. That is the only way he can clear his name. The notice on him is still there. The declaration about him being wanted is still valid.

“Signals have been given to law enforcement agencies so it is still valid. Whenever they see him in person, they will make sure they get him to ICPC. He has not come even though we have invited him. The best thing for him to do is to come and clear his name. What is difficult in him coming forward to defend himself?”

In a number of comments posted on his Facebook page, Obono-Obla said he was innocent of the alleged crime levelled against him, saying in another post that he was being persecuted by the ICPC without any evidence against him.

ICPC, however, said it had received a number of petitions accusing him of abuse of office, falsification of admission records, living above his income and collection of gratification from suspects under his investigation.