How Ondo Governor, Akeredolu Met And Fell In Love With An Igbo Woman (Photo)


The story how the incumbent Governor of Ondo state found his missing rib in Igboland has been told. 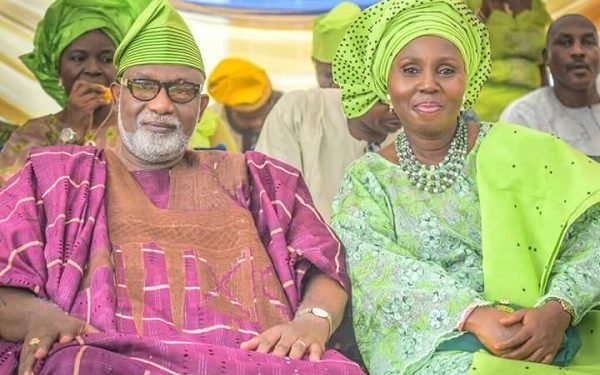 Rotimi Akeredolu and his wife, Betty
Many people do not know that the First Lady of Ondo State, Mrs. Betty Anyanwu-Akeredolu is from the eastern part of Nigeria.
She speaks and understands Yoruba language perfectly. The only thing that may give an indication is her full name, but she is often addressed as Mrs. Akeredolu.
The story of the love between the governor and his wife, started many years ago.
Betty, who is cancer survivor, married Governor Rotimi Akeredolu 40 years ago and the union is blessed with four children, according to information obtained by TheNation.
The couple met during their compulsory National Youth Service Corps (NYSC) scheme at a friend’s house in Enugu.
The insider explained, “The governor accompanied his friend who visited his girlfriend and the rest is history. I think, for them, it was love at first sight because everything was so smooth. Even though the wife is three years older than her husband, she has always respected him. When they met, she was 25-year-old while he was 22-year-old But they respect and love each other a lot.”
Top Stories