A fashion designer has been accused of infecting 44 people with coronavirus after she attended a wedding while having the virus. 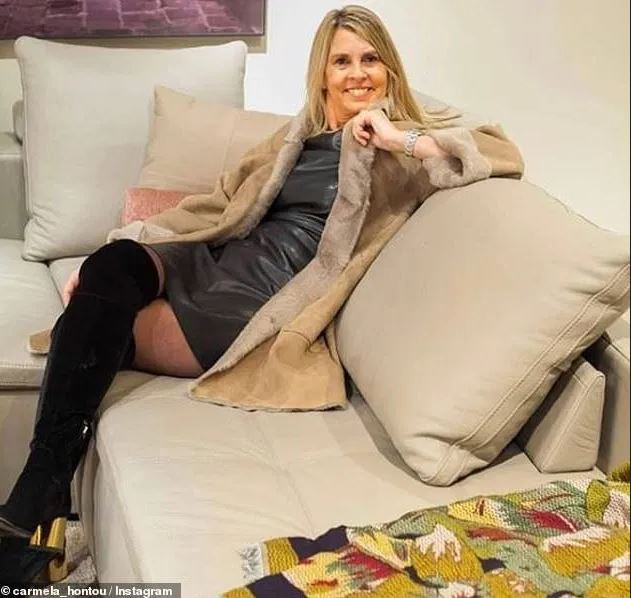 Fashion designer Carmela Hontou, 57 was attending the wedding celebration in the upmarket neighbourhood of Carrasco in Uruguay’s capital Montevideo

Half of Uruguay’s coronavirus cases have been traced to a single guest at a society party which led to the infection of 44 people.

Fashion designer Carmela Hontou, 57, was attending the wedding celebration in the upmarket neighbourhood of Carrasco in Uruguay’s capital Montevideo.

Ms Hontou arrived at the party which was attended by 500 people just hours after landing in the country from Spain.

Uruguay has been disproportionally hit by the Covid-19 pandemic and has seen confirmed cases leap from four on March 12 to 79 on Wednesday, with another 392 suspected cases.

This jump has been linked to the spread of the disease at the party in the country’s capital.

The designer has defended her decision to go to the social gathering, adding that she also had lunch with her 84-year-old grandmother the same day and went to another party the next day where there were many other people.

When asked about whether she made the wrong decision, Hontou said: ‘That’s ridiculous! Plus, do you know how many people came on that plane?’

Ms Hontou revealed that she had developed a fever of 41 degrees and called a doctor after visiting Madrid in January, InfoBae reported.

She said that when she brought up her worries about the illness being related to coronavirus her doctor did ‘not pay attention’.

She also told Infobae that she was concerned enough about the virus that on her next trip on 22 February she got off the plane in Madrid wearing a face mask.

In an interview with the website, she expressed surprise at the reaction she has since received, saying: ‘They are saying I’m a terrorist who brought the virus to kill everyone.’

She may face legal charges under article 224 of Uruguay’s penal code regarding ‘the spreading of contagious diseases’, according to press reports.

Prosecutors are reportedly also investigating her sons who have been to visit their mother in breach of quarantine rules.

Uruguay has suspended classes for two weeks, closed shopping malls and suspended the arrival of flights from the US and Europe.

The country has not yet imposed a nationwide quarantine, although the government is facing calls from the national doctors’ union for a lockdown to contain the spread.