A Nigerian senator has lost the battle to save her life after being confirmed dead in the UK. 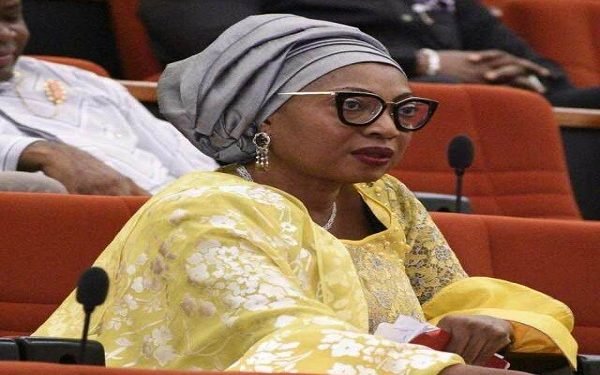 Rose Oko
Senator Rose Oko, representing Cross River North is dead.
She died at the age of 63.
She was a second term member of the upper chamber and served as the Chairman of the Senate Committee on Trade and Investment.
She was said to have passed on last night at a United Kingdom (UK) medical facility where she had been receiving treatment in the last one month.
“She passed on last night in the UK where she has been in the last one month,” a close aide said while confirming the story.
“The Amazon Goes Home, Sad! Distinguished Senator Dr Mrs Rose Okoji Oko, You Left Us At The Time Your Services To The Great People Of CRS Is Highly Needed. May Your Soul Rest In Peace. Amen,” another aide posted on his Facebook wall.
One of her close relatives simply said: “Heart broken to hear of the passing of my dear Cousin Senator Dr Rose Okoji Oko after a long fought battle with physical affliction.
“You gave your best to your world now that it has pleased the Almighty God to call you home may your soul find eternal rest in Heaven. Adieu, Distinguished Senator Dr Rose Okoji Oko.”
Born on September 27, 1956, Senator Oko was a member of the House of Representatives representing Yala/Ogoja Federal Constituency during the 7th National Assembly.
She severed as Deputy Chairman House Committee on Education while in the House of Representatives.
She was elected into the 8th Senate in June 2015 and re-elected into the 9th Senate in June 2019.
She was the Chairman of the Senate Committee on Diaspora and Non-Governmental Organizations (NGOs) during the 8th Senate.
Top Stories