Photos have emerged showing Nigeria's chief of staff at a wedding with many people in attendance. 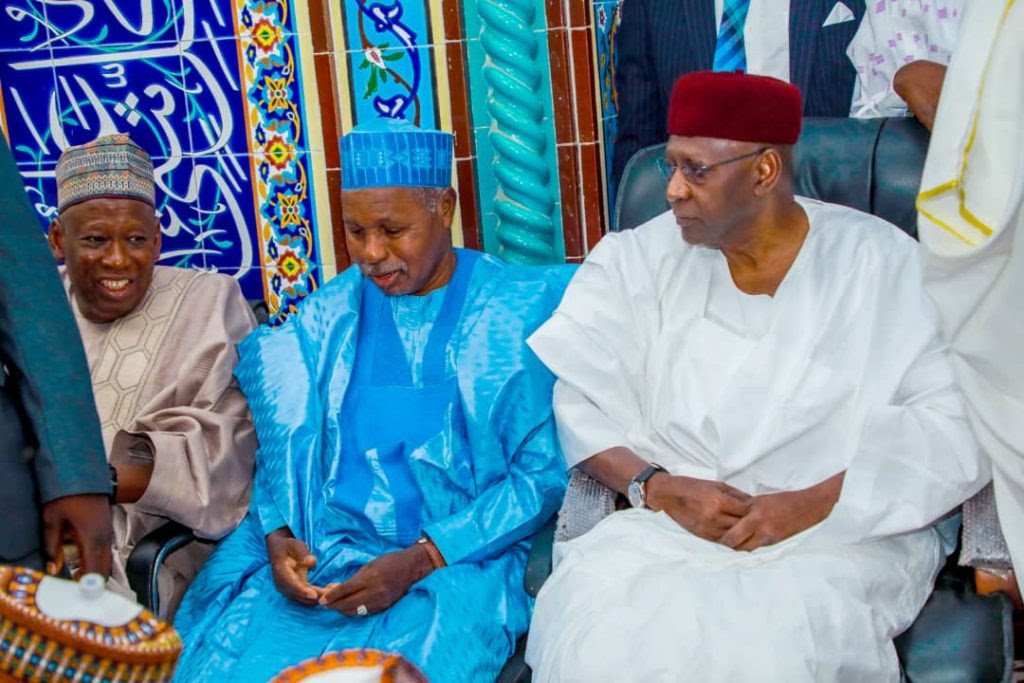 Abba Kyari at the wedding of IGP's son
The fear that Abba Kyari, the chief of staff to President Muhammadu Buhari might have unknowingly exposed others to the deadly coronavirus has left many people in a state of panic since photos of him at the wedding ceremony of the Inspector General Of Police's son surfaced online.
Abdullahi Ganduje, governor of Kano state, Abba Kyari chief of staff to President Muhammadu Buhari; Aliko Dangote, billionaire businessman; and Aminu Masari, governor of Katsina state were among those who attended the wedding fatiha of Hassan, son of Muhammad Adamu, inspector general of police.
Hassan married Summayya Goje, his fiancé on Saturday, 14th ( 10 Days Ago) in Abuja with most of the prominent personalities in Nigerian politics and business scene, gracing the occasion.
Kyari had travelled to Germany on Saturday, March 7th to meet with officials of Siemens in Munich on the Nigerian electricity expansion programme.
He returned exactly one week later on Saturday, March 14th, but did not show any symptoms.
Abba Kyari health confirmation comes hours after it was reported that Kyari was seriously ill and suspected of having Coronavirus after returning from trips to Germany and Egypt where the virus had killed dozens of persons
Subsequently, he voluntarily submitted himself for testing and was informed of his status yesterday.
Kyari has however gone into absolute isolation following the test result.
See more photos below: 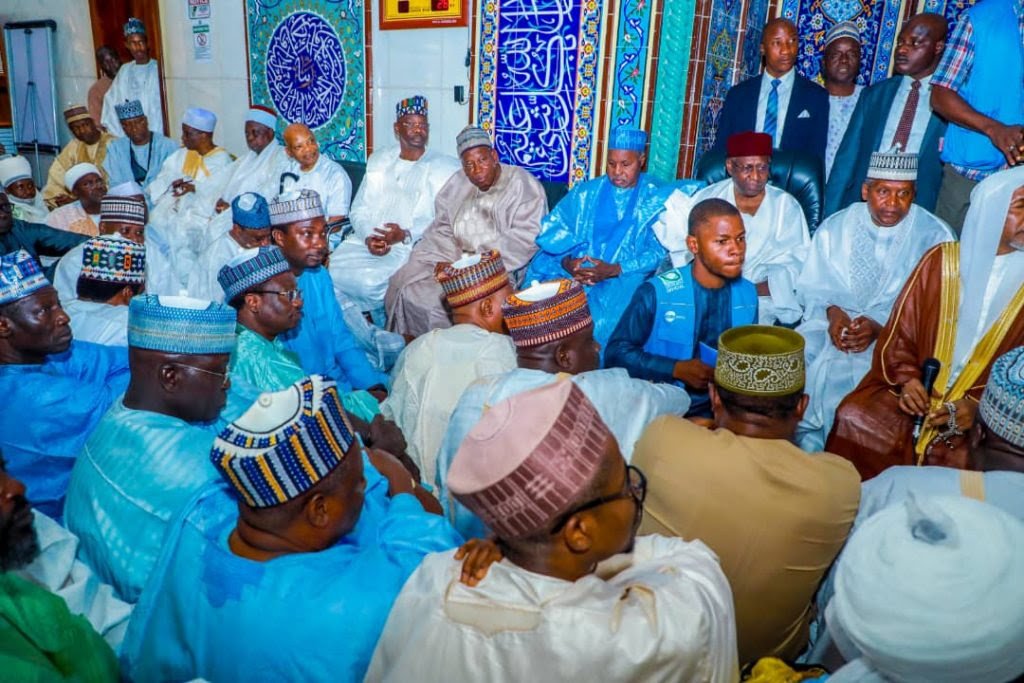 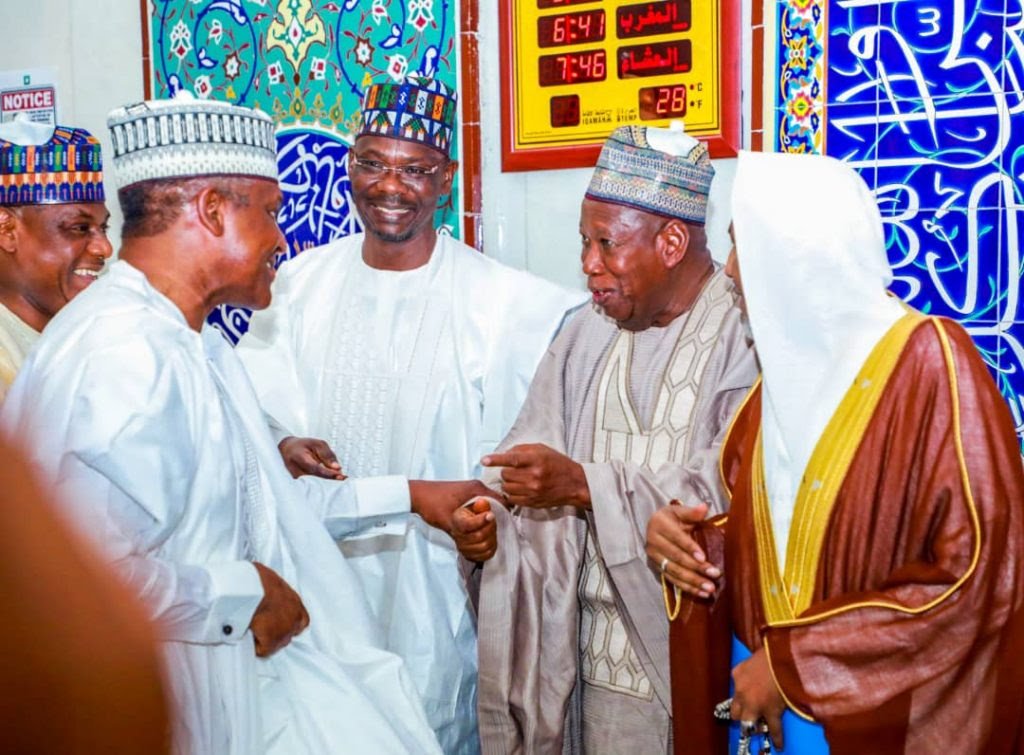 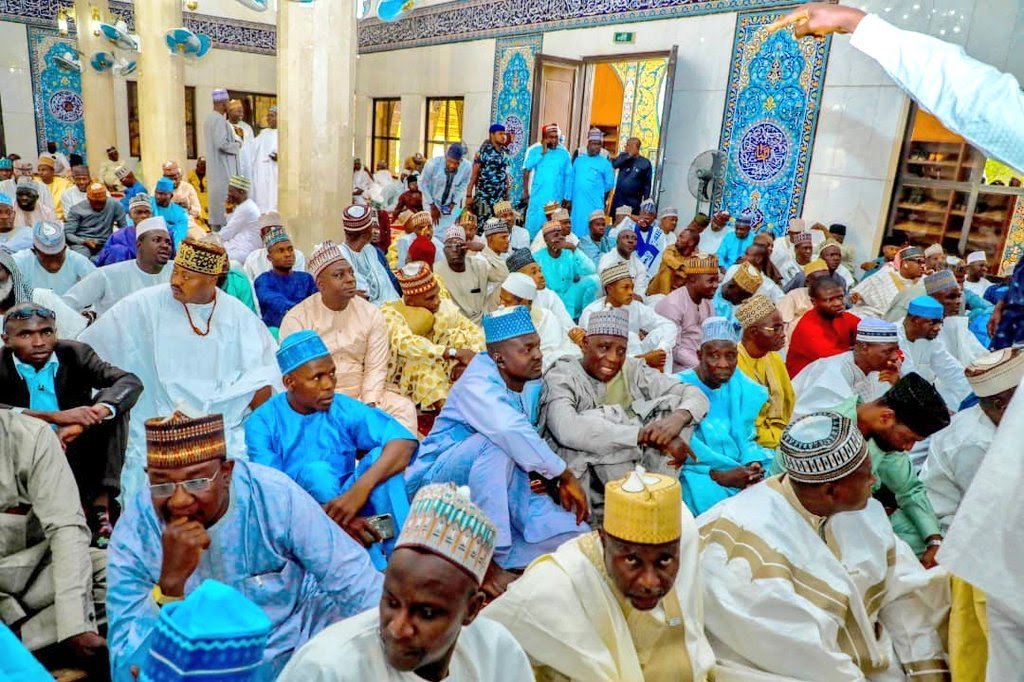