A teenage girl has been accused of killing a 51-year-old man over allegations he tried to sleep with her. 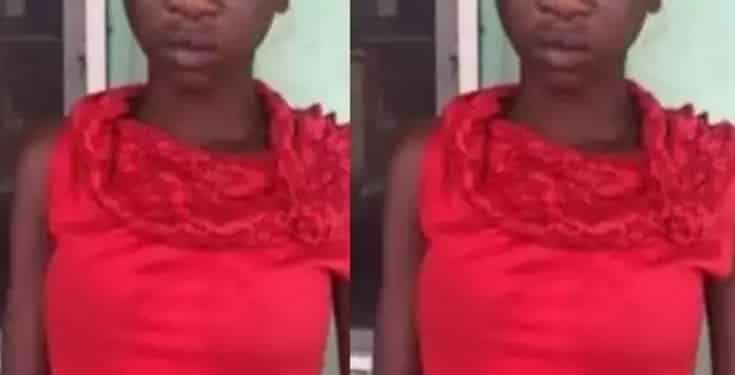 File photo
A 16-year-old teenager who killed a 51-year-old man that allegedly attempted to rape her has been arraigned in court at the Ebute Meta Magistrate Court sitting in the Yaba area of Lagos State on Tuesday March 24.
It was gathered that the Senior Secondary School (SSS) 3 pupil was arraigned on a one-count charge of killing one Babatunde Ishola on March 7, 2020 at Nwadolu Street, Aboru in Alimosho area of the state by stabbing him with a knife.
Chief Magistrate Adedayo did not take the plea of the teenager who she remanded at the Correctional Home For Girls in Idi-Araba.
The police was directed to send a duplicate copy of the case file to the Directorate of Public Prosecutions (DPP) for advice, before adjournment of the case till April 27.
It should be recalled that Lagos Police Spokesperson, Elkana Bala confirmed the incident few days ago, where he’d said,
“The body was evacuated to the hospital for post-mortem examination. The suspect was arrested and the knife she used in stabbing the deceased person was recovered.
“In her statement, the suspect said the deceased person, who is her father’s friend, invited her to his house to assist him in fetching water, as he lives alone. She said she has always been helping him with the house chores but that while she was helping out with the water on Saturday, he attempted raping her. Then she picked a knife from the room and stabbed.
“The suspect was taken to hospital for medical and forensic examination. The Commissioner of Police Lagos State, CP Hakeem Odumosu, has ordered the immediate transfer of the case to the State Criminal Investigation Department Yaba for discreet investigation.”
Top Stories