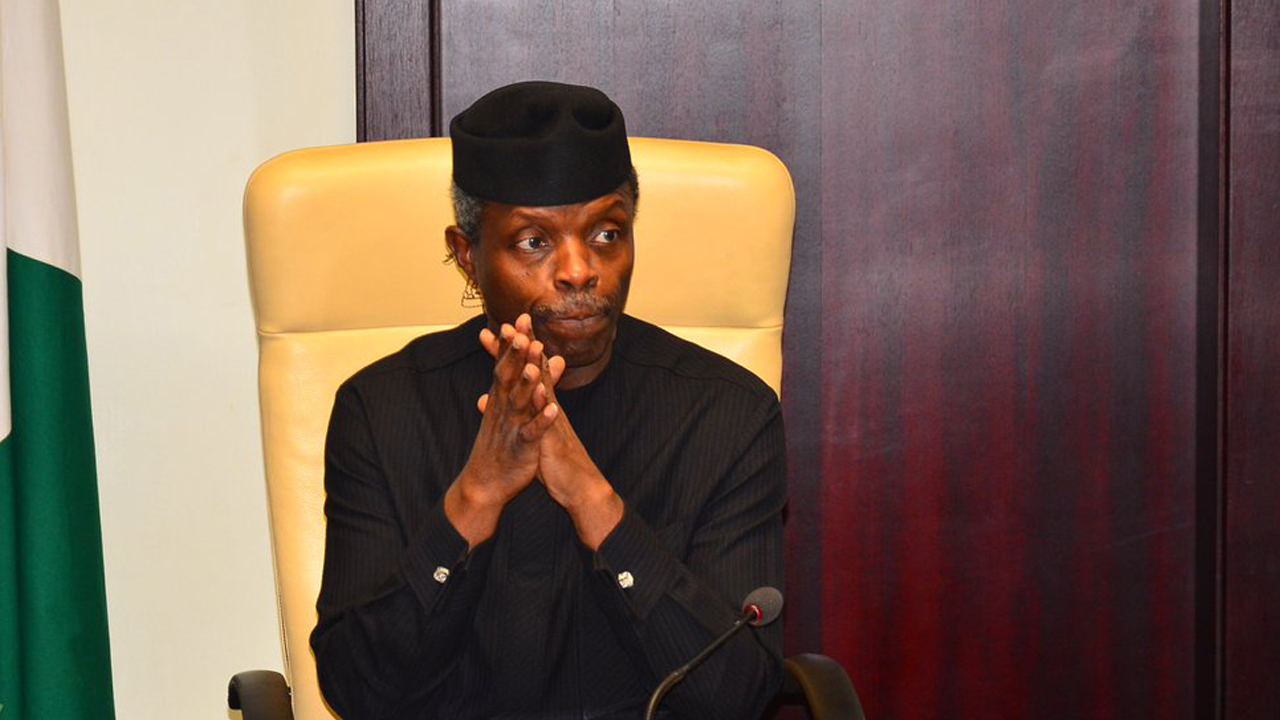 Yemi Osinbajo
Vice President Yemi Osinbajo has reportedly gone into self-isolation after testing negative to coronavirus on Tuesday.
It was gathered that the Deputy Chief of Staff, Ade Ipaye has also gone into self-isolation. The move it is believed became necessary after the Chief Staff to the President, Abba Kyari tested positive for the virus.
Osinbajo and Kyari sat close to each other at the last Federal Executive Council meetings held in the Council Chambers of the Presidential Villa.
Their seats were separated by that of the Secretary to the Government.
Osinbajo had also presided over the National Executive Council
Kyari, on Monday tested positive to COVID-19.
Kyari who was on a trip to Germany on March 7, to meet with officials of Siemens in Munich on Nigerian electricity expansion programme, returned to the country on March 14.
According to a top government functionary, Kyari “is in self-isolation where he’s being monitored by medical personnel because he’s not showing severe symptoms of the disease.”
Asked if he had been moved to Abuja University Teaching Hospital, Gwagwalada where victims of COVID-19 are being treated, the source replied: “it is not compulsory that everyone who tests positive must be taken to the hospital.
“If the patient is not showing severe symptoms of COVID-19, he can merely be given a bed rest”, noting that most of the victims of the disease naturally recover.
Top Stories