Has Popular Nigerian Actor, Ali Nuhu Contracted Coronavirus? Check Out What He Is Saying


Popular Nigerian actor, Ali Nuhu has reacted to claims he may have contracted the rampaging coronavirus. 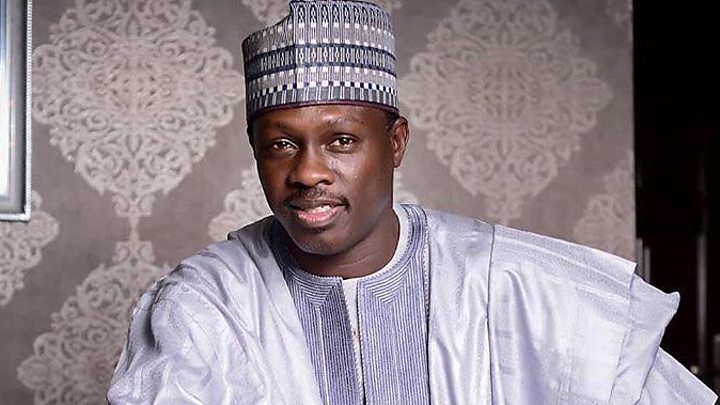 The Nation reports that popular Kannywood movie star, Ali Nuhu, has denied the rumour making the rounds that he tested positive for coronavirus.

The actor was among the several Nollywood stars, who attended the 2019 African Magic Viewers Choice Award (AMVCA) event in Lagos two weeks ago.

He and four other Kannywood actors reportedly attended the ceremony on March 14.

The Nation reports that Lagos State Government had called for test to be conducted on those who attended the film award ceremony because a guest at the ceremony had the coronavirus.

Nuhu, who spoke on the Hausa Service of the BBC on Thursday, frowned at the way and manner the Lagos State Government publicly declared that all the attendees should submit for testing.

He argued there were guests at the Lagos Film Award ceremony from Kenya, South Africa and other countries but no alarm was raised over the pandemic.

Nuhu said it is almost two weeks now that they attended the event, stating he was free of the COVID-19, which does not require such long period to manifest.

Besides, he said, they were asked to self- isolate but no health official had visited them for any further action since then.

He said the Nigerian Centre for Disease Control (NCDC) had said there was no need to conduct any test on them.

According to Nuhu: “the centre for disease control discovered that the person suspected to have contracted the virus, is negative. They asked us to self-isolate, that they will come and conduct test on us. Till date, they have not come. They must have known that this issue is a hoax.’

“The NCDC officials have asked us to continue with our normal activities.They said if we feel any strange development in our body,we should let them know.”