Actress Osiobeloveth took to social media to accuse Rivers state taskforce of destroying the foodstuffs she purchased amid shutdown. 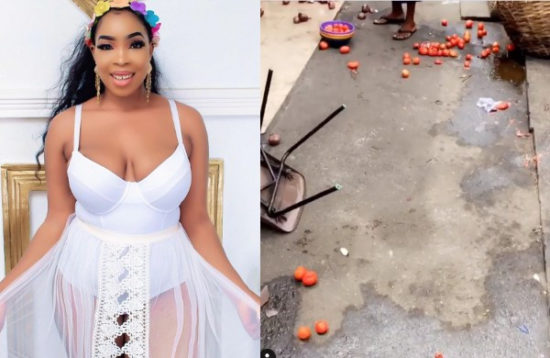 Nollywood actress, Osiobeloveth has accused the Rivers State Taskforce of destroying food items she bought with a friend.

She further claimed that the taskforce officials also poured kerosene on the food items which were quite expensive.

"This is what happened today in port harcourt things I bought with my friend today were destroyed by Wike task force they poured kerosene on things i and my friend already paid for considering how expensive things are in the market now everything we bought were destroyed before our own eyes we couldn’t move we just stood there in shock at a point we had to run and this is not even in the market ooo this country is one hell of a crazy place to be in".

This is coming days after Governor Nyesom Wike ordered the closure of markets in the state. He also stated that Council Chairmen are empowered to confiscate the goods of defaulters.

Actress Osiobeloveth accuses Rivers State TaskForce of destroying food items she bought and pouring kerosene on it . . Governor Nyesom Wike had ordered the closure of markets and confiscation of items bought by defaulters