A South African man has been buried by his loved ones in his favourite Mercedes Benz car. 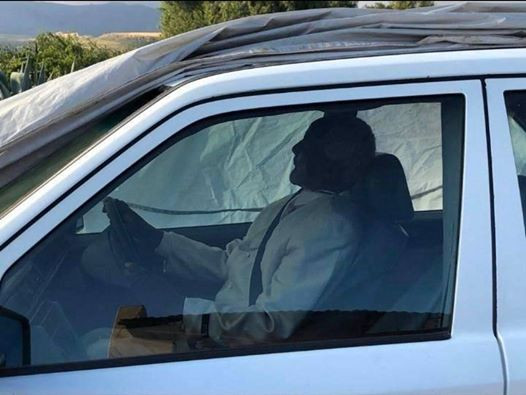 Man buried inside his favourite Mercedes Benz car
A grandfather has had his wish fulfilled after he was buried in his car with a safety belt on.
The incident took place in Eastern Cape, South Africa.
Apparently, two years ago Tshekedi Pitso shocked his family when he told them he wanted to be buried inside his favourite car.
Pitso, who was 72 years old at the time, had bought himself a 1980s E500 Mercedes Benz adding to a fleet of Mercedes Benz that he owned.
Pitso’s niece Sefora (Pitso), 49, said at first the family was shocked at the news, but he always spoke about how he would love his funeral to be.
The village of Jozanashoek in Sterkspruit, Eastern Cape, where Pitso was a chief and also a member of United Democratic Movement (UDM), came to a standstill on Saturday as their chief was buried in Mercedes Benz.
“My uncle made it clear that he wanted to be buried inside his car. He was a lover of Mercedes Benz and as a family we had to grant him his wish,” she said.
South African grandfather buried in his favourite Mercedes Benz according to his last wish (photos/video)
Villagers watched in awe as Pitso in his car, was towed to his grave in the family grave yard.
Pitso was dressed in a cream white suit and seated behind the steering wheel with both his hands placed on the steering wheel.
More photos below: 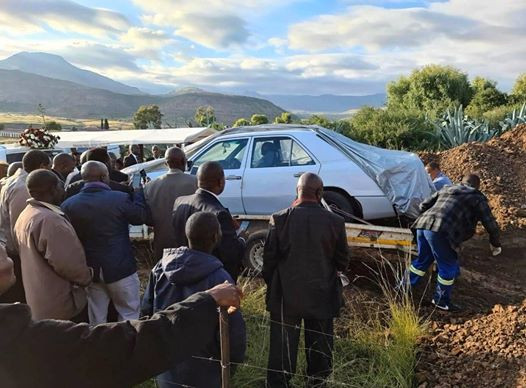 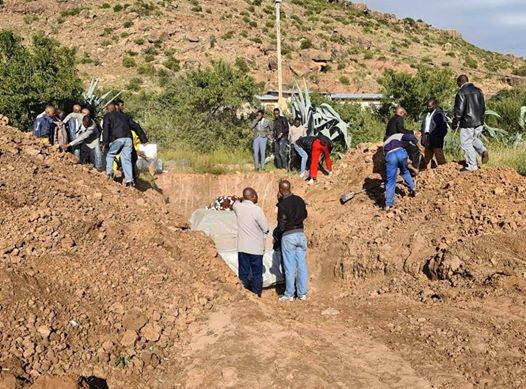 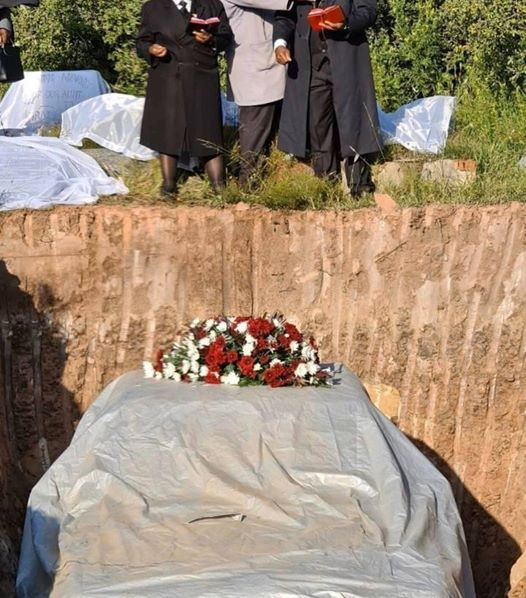