A man has called out the Governor of Kaduna state, Nasir El-Rufai for allegedly lying about his coronavirus test result. 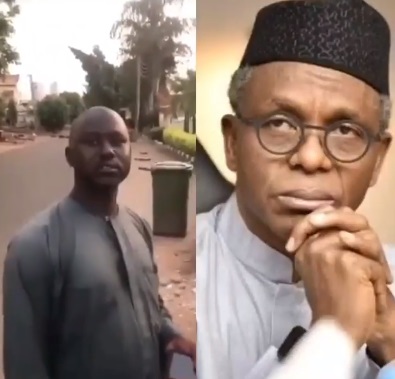 A Nigerian man is of the opinion that Kaduna state governor, Nasir El-Rufai is lying about his Coronavirus status. The governor last Saturday announced he had tested positive for the virus and has gone into isolation.

In a video which has since gone viral, thei Nigerian man said that the governor came out to say he had the virus after hearing the donations the Lagos state government has received since the virus was detected in the state in February this year.

Watch the video of the man speaking below;

Nigerian man says Governor #ElRufai is lying about being positive for #Coronavirus. Listen to his opinion.