A video which has gone viral on social media captured the moment an unidentified man slapped a soldier for flogging him while being punished. 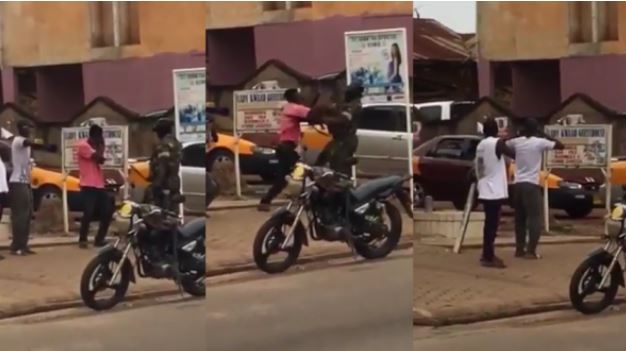 A viral video on social media  showed the moment a man slapped a soldier who was punishing him for violating the coronavirus lockdown in Ghana.

According to reports, the incident happened in Kumasi, Ghana.

The soldier had arrested the man, along with two others, before punishing them. Two of the men could be seen doing the frog-jump, while the soldier lashed the 3rd man with a whip.

In retaliation, the man slapped the soldier before taking to his heels. He was however lucky to be alive as the soldier cocked his gun in an attempt to shoot him.