A petrol attendant has lost his life after he was shot by a police officer in Abia state. 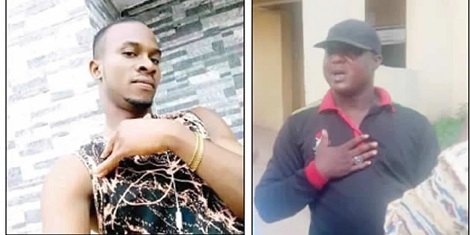 Punch Metro gathered that a diabetic patient was on his way to hospital for treatment when some policemen attached to the Ohuru Isimiri Police Division, who were enforcing the lockdown occasioned by the COVID-19 pandemic, intercepted his vehicle opposite the filling station.

Okameme was said to have intervened on behalf of the patient, who is a regular customer at the filling station, but Asu allegedly shot the 26-year-old around 1pm.

The bullet penetrated Okameme’s pelvis and he was soaked in a pool of his own blood.

His co-workers and the security guards at the filling station apprehended the inspector, while the victim was rushed to the Abia University Teaching Hospital for treatment.

The manager of the filling station, Nwabeke Ndubuisi, said Okameme died as doctors were battling to save his life, adding that security guards at the station prevented Asu and his colleagues from escaping.

Ndubuisi stated, “The man, who was going to hospital, is one of our regular customers, but the policemen, who were enforcing the lockdown directive of the state governor, stopped him in front of our filling station and were about taking him to the station when Okameme went to plead with the policemen to leave the man alone. As both men were pleading, one of the policemen shot Okameme.

“The men didn’t engage in an argument with the five policemen; they were only pleading with them when Asu shot Okameme. The policemen were in a commercial bus and were about fleeing when some of members of staff and soldiers guarding our filling station stopped them. The soldiers instructed the policemen to take him to hospital and we all went to the Abia State University Teaching Hospital, where he died.”

A picture made available to our correspondent showed Okameme’s remains lying on a hospital bed with a blood-stained bandage wrapped around his waist.

The deceased’s brother-in-law, Dr Cyril Irobi, while condemning Asu for perpetrating the crime, demanded justice and urged the police authorities to intervene in the case.

He stated, “We want justice for Okameme’s death. The shot was direct and the bullet went through his left pelvis and came out of his right pelvis. The DPO said he had been cautioning his officers, but I asked him how a policeman could make use of his weapon to do such a thing.

“The man, who was intercepted by the policemen, has been released, because the policemen at the station confirmed that he is a diabetic patient and came out because he required treatment. We want justice.

“There could have been a total breakdown of law and order if not that I intervened, because an angry mob was about to attack the station. Even the DPO could not come out, but I had to caution the youth not to take the law into their own hands. When I visited the station, I saw Inspector Asu crying in a cell and the DPO was specific that he had been cautioning him.”

Another brother-in-law of the deceased, Christian William, said the victim’s mother was also demanding justice.

“I want the government to stop the police harassment; they have been using guns to threaten people. I want justice to prevail over my in-law’s death. His father is late, but I have personally informed his mother, Aloma Chikezie, and she wants the policeman to be dealt with. We were told to visit the State Criminal Investigation and Intelligence Department tomorrow (Tuesday),” William said.

When contacted, the Police Public Relations Officer in the state, Geoffrey Ogbonna, said, “It was an accidental discharge; it was not intentional and we sincerely condemn that carelessness on the side of the policeman. Definitely, the family of the deceased will get justice. The case is under investigation.”