A veteran Nigerian actress who moved to the United Kingdom has contracted the coronavirus, it has been reported. 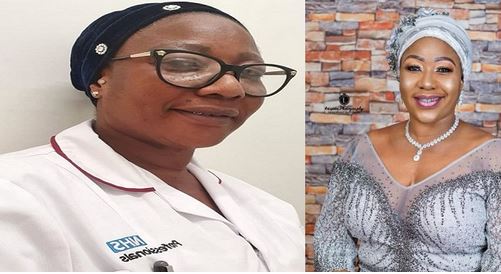 According to a report by PM News, the veteran Nollywood actress, Anike Alajogun has reportedly tested positive for Coronavirus in the United Kingdom.

Aljogun, who starred in several Yoruba movies moved to the UK after retiring from acting to become a nurse.

Popularly known as ‘Yeye Oba’, the actress was said to be working with the NHS in Manchester, UK, where she tested positive for the virus.

She was said to have taken the Coronavirus test after she felt unwell and came out positive.

Alajogun has been placed on compulsory 14-day self-isolation.

She is said to own the Mataan Hotel, Ibadan, Oyo state.

Alajogun had said on her Instagram page a week ago that people should help the NHS staff to “minimize the spread of Coronabirus, by staying in your home, we know it’s a very difficult situation but to quickly get rid of this Virus ,we appreciate you all.”