A total of 202 persons who violated lockdown order to exercise in Lagos state have been arrested. 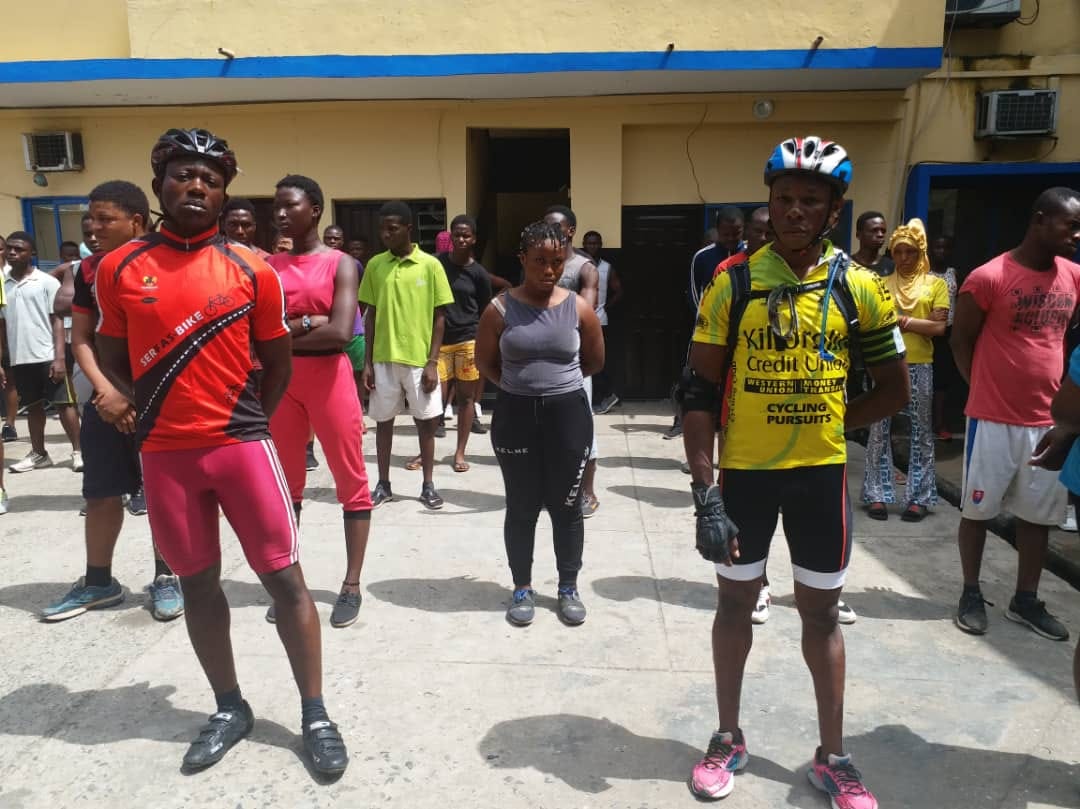 Gym enthusiasts arrested for violating lockdown order
On 09/04/2020, Police Officers on enforcement of restriction of movements order arrested 202 suspects for violating the stay at home directives of Government.
The suspects were arrested playing football on major streets and having group exercise in large number, which neglect the principles of social distancing.
The suspects were arraigned in Lagos State Special Offences (Mobile) Court on one count charge of violating the social distancing directives of Lagos State Government contrary to Regulation 8(1)( a) &(b) and 17(1)(i) of Lagos State Infectious Disease (Emergency prevention) Regulation 2020.
It is an offence punishable under Section 58 Public Health Law Cap P16 Laws of Lagos State, 2015.
Among the suspects charged, one hundred and eighty nine pleaded guilty to the charge while 13 pleaded not guilty.
At the end of the trial, the suspects were found guilty as charged and ordered to pay ten thousand naira each as fines.
They are also sentenced to two hours community service, which was supervised by officials of social welfare.
The suspects were arrested along Iju, Sabo, Ikeja, Itire, Ikotun, Ogudu, Akinpelu, Maroko, Alapere, Anthony, Orile, Owode Onirin and Ilemba Hausa areas. The suspects are within ages 15 and 42.
For information or complaints regarding non compliance call the following numbers 09010512285, 09010512286, 09010512287 and 09010512288.
DSP Bala Elkana
Police Public Relations Officer,
Lagos State.
Top Stories