Drama As Prostitute Strips To Her Underwear, Accuses Cab Driver Of Assaulting Her In Calabar (Video)


A cab driver stripped to her underwear before accusing a cab driver of assaulting her in Calabar. 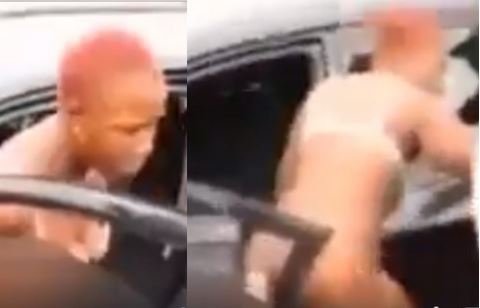 A s*x worker who initiated a mild drama in Calabar, Cross River State's capital allegedly confessed to lying against a cab man who picked her up.

The lady accused the man of reneging on their agreement of giving her N8k for a night, after reportedly being unsuccessful in her attempt to seduce him during the ride.

The incident attracted policemen who took them to a nearby police station where she confessed to lying against the man. According to the sex worker, she was broke and needed someone to fall for her scam. 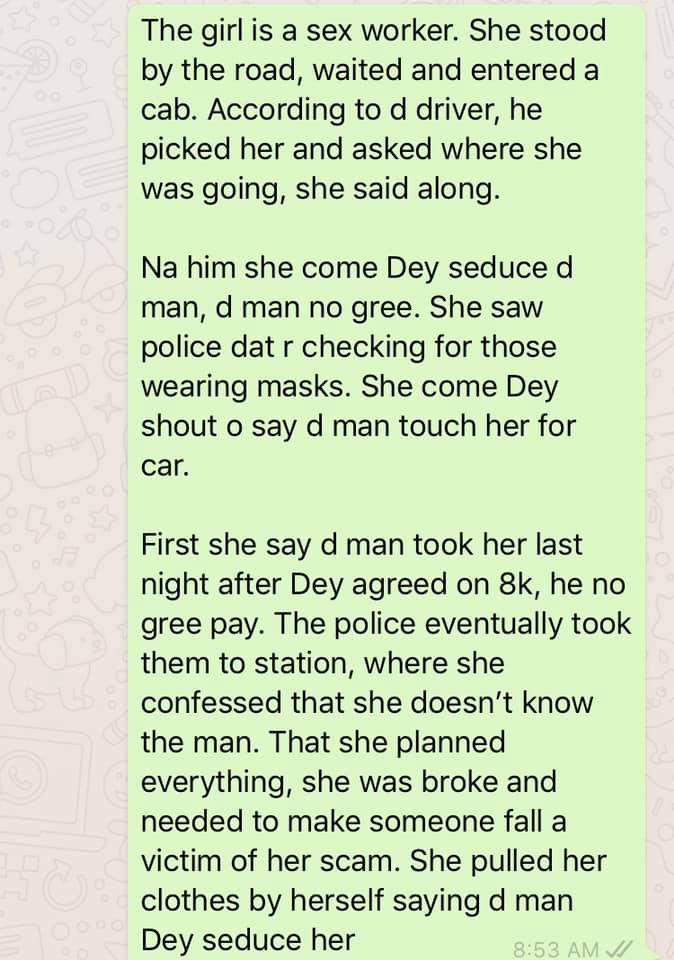