Some group of suspected robbers were apprehended and tortured by residents after they robbed them of their valuables amid lockdown at Ikotun. 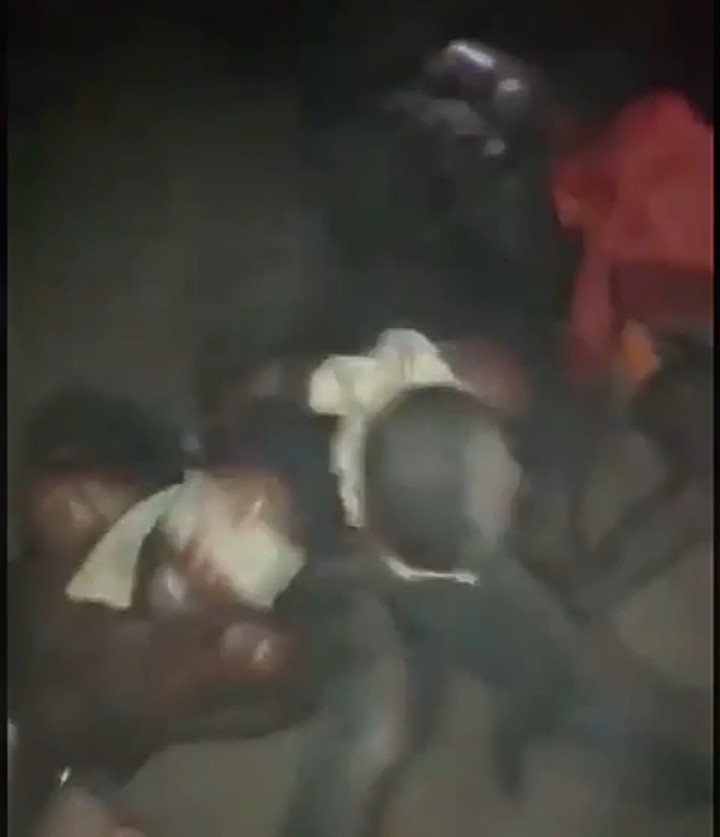 A group of suspected teenage robbers cried for mercy as they were tortured after they were allegedly caught robbing in Ikotun, Lagos.

Residents of Igando and Ikotun in Lagos State fearfully kept vigil on Monday night, April 13, as robbers reportedly went from house to house.

This comes one day after Iyana-Ipaja residents in Lagos experienced the same thing and took to Twitter to raise awareness about it with the hashtag #Lagosunrest.

Ikotun residents decided to take laws into their hands and they captured some teenagers, then tortured them.

A video from the scene shows the teenagers crying and pleading for mercy as they were flogged and tortured with a hot rod.

Someone is heard in the video claiming that one of the suspects is 14 years old.

Robbers beg for mercy as they're tortured after they were allegedly caught robbing last night at Ikotun, Lagos.