Despite being placed on medication, including antiretroviral and immune-boosting vitamins, he has continued to test positive 28 days on. 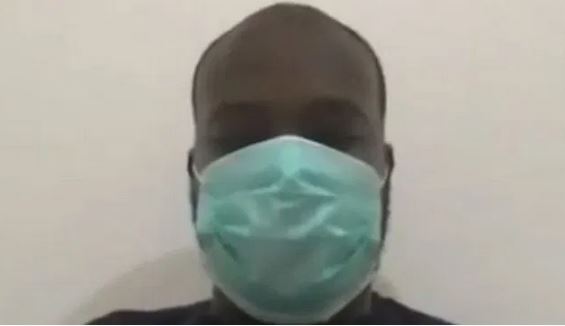 Mohammed Atiku-Abubakar during a live Twitter broadcast from isolation

Mohammed Atiku-Abubakar, a son of Nigeria’s former vice-president, has continued to test positive for coronavirus four weeks after he was confirmed, PREMIUM TIMES has learnt.

He remained isolated without symptoms, a development that has surprised medical experts.

Mr Atiku-Abubakar, 31, tested positive for the virus on March 19. He was subsequently moved to the University of Abuja Teaching Hospital, where most COVID-19 cases around the Nigerian capital are treated.

Despite being placed on medication, including antiretroviral and immune-boosting vitamins, he has continued to test positive 28 days on, according to medical officials familiar with his case.

“He tested positive again yesterday,” an official told PREMIUM TIMES. “We are doing all that is in our power to ensure his recovery, but he can only be released after he has been deemed completely recovered.”

“We have been saying that this is a unique condition, but we are confident he will recover soon,” the official added.

Mr Atiku-Abubakar remained asymptomatic even one month after he caught the virus, PREMIUM TIMES learnt.

Both officials spoke with PREMIUM TIMES under anonymity because the NCDC does not comment on individual cases unless otherwise determined by its top management.

Mr Atiku-Abubakar confirmed to PREMIUM TIMES that he was still at the isolation facility on Thursday afternoon, but declined further comments on his test results and treatment.

As of April 15, Abuja has 58 cases out of 407 nationwide tally, NCDC reported. At least 128 people have recovered and been discharged from isolation centres across the country, according to NCDC. Two Nigerian governors, Bala Mohammed and Seyi Makinde, who tested positive well after Mr Atiku-Abubakar have since been certified recovered.

Although the maximum period a person can carry coronavirus is still a subject of scientific research, some experts have said the virus can last for 37 days.

“No matter how you look at it, this is not a normal situation based on our observation in Nigeria,” Ifeoma Ezeonu, a Nigerian professor, told PREMIUM TIMES by telephone Thursday afternoon.

Ms Ezeonu, a microbiologist and molecular geneticist at the University of Nigeria Teaching Hospital, Enugu, said Mr Atiku-Abubakar’s case was looking like a prolonged carrier and should be closely monitored by the NCDC.

“Ordinarily, he should have been cleared by now because of his young age and the period he has spent under treatment in isolation,” Ms Ezeonu said. “We know that the virus can be transient or chronic, and this case is looking like a classic case of a carrier.”

“We just hope it is not an extended carriage as it is a very dangerous situation because it now looks like his system has come into an agreement with the virus,” she said.

The professor, who emphasised that she has yet to hear of any case similar to Mr Atiku-Abubakar’s, said anyone still testing positive for COVID-19 would be able to infect others for as long as the virus has not completely cleared from the system.

“If someone is asymptomatic as he has been, then you expect the immune system to clear the virus on time so the person can be negative again,” Ms Ezeonu said. “They should keep treating him there until he is able to clear the virus.”