Revered Nigerian cleric, Pastor Enoch Adeboye has talked to women about the kind of man they must not marry. 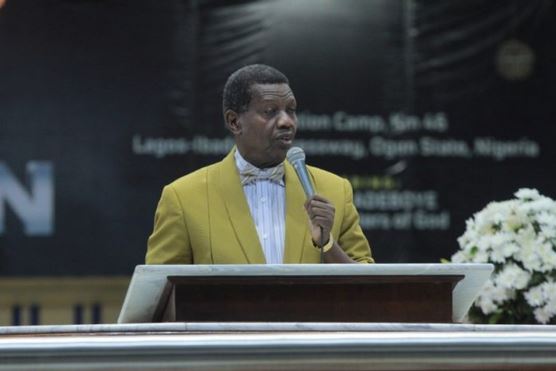 According to PM News, the General Overseer, Redeemed Christian Church of God, Pastor Enoch Adeboye has warned women not to marry men who have no jobs.

Adeboye, who spoke on relationship, said “I want to talk to you like a father to his children about marriage, listen to me very carefully my beloveth daughters, don’t marry a man who has no job.

“Before God gave Adam Eve, He gave him a job, He said this is the garden, keep it. So those who come to you and say “sister, thus sayeth the Lord you are going to be the star in my firmament”. Alright sir, before l become the star in your firmament, what is your job?

He also enjoined men not to marry Delilah for beauty sake.

He said: “Let me talk to my boys, don’t marry Delilah. Delilah can stop Samson. What does it mean? Don’t marry for beauty sake. The Bible is clear in Proverbs 31:30, that beautiful angelic something, she’s going to grow old, everybody grows old.

“Don’t marry outside the Church: l want to tell you point-blank that it is better to be single than to be married to the devil. Don’t ever think that you can marry somebody and then change the fellow. If the fellow does not change before you marry, it is a settled matter, he may never change.

“The brother is tall, lanky, handsome, rich and you jump for him, Goliath was tall, he lost his head. King Saul was lanky, he lost his crown. Don’t marry a fool.

“His externals don’t matter, his wealth is of no account if he is not a true child of God, don’t be associated with him. The Word of God is clear: do not be unequally yoked together with unbelievers.

“If someone pretends he is a Christian and is following you to Church because he is thinking that he could get you, all you need to do is watch. Matthew 7:16 says by their fruit you shall know them, not by their talk.

“When a brother comes to you and says “Hey, l have never seen anybody like you before when l saw you l think the sun shines brighter” ask him, do you believe in holiness? If he says “NO”, if he says “no human being can be perfect, that we are all flesh, only God is perfect”, the moment you hear that, run.

“Don’t be childish, don’t think we don’t know what we are doing, we are not fools, you can not be like everybody else and be an example. An example is always someone who is different from all others, that others will copy, not somebody who copies others.

“The parents of Samson told him, are there not women of your own people, for you to go outside this fold to go and bring the devil from somewhere else when you are not crazy?”

Adeboye also charged men not to marry a girl simply because she could sing, saying “singing is wonderful, God loves worshippers but the devil used to be the choirmaster in heaven. In some choir, there are some fallen angels, they can sing like nobody’s business, but they are equally yoked with the devil.

He asked: “Who should l marry then Daddy? Marry a Prayer Warrior. There are those that l have advised before, who ignored my advice. Now they come to me and say you warned us.

“Don’t marry a girl who is lazy, you pay their family a surprise visit and you see the way she is. If she is lazy when she is a girl, how is she going to cope when she is married and have children?”