Speaker of Nasarawa House of Assembly, Ibrahim Abdullahi, on Monday stated that Abdullahi gave the 24 Toyota Hilux to the lawmakers as official vehicles. 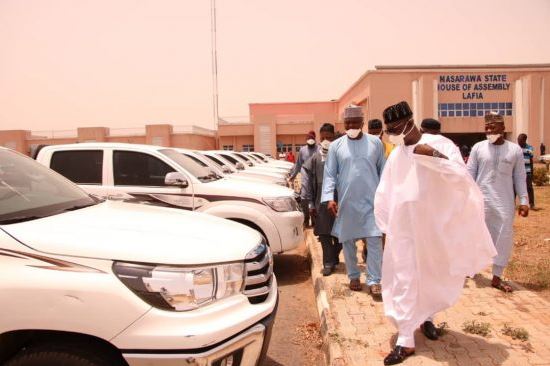 Nasarawa is among states without a ventilator to help in the fight against coronavirus pandemic, but the state governor, Abdullahi Sule has bought 24 Toyota Hilux vehicles for state lawmakers, estimated at nearly N500 million.

On Thursday, the number of confirmed COVID-19 cases rose to 407, with 128 patients discharged after treatment and 12 deaths reported.

Speaker of Nasarawa House of Assembly, Ibrahim Abdullahi, on Monday stated that Abdullahi gave the 24 Toyota Hilux to the lawmakers as official vehicles.

At an average cost of N21m per car, they are worth a combined total of N504m.

Some Medical and Health Workers in the state on Thursday protested non-payment of their March salary by Doma local government. They threatened to embark on industrial action from Friday, if they are not paid.

A ventilator is a machine that provides mechanical ventilation by moving breathable air into and out of the lungs, to deliver breaths to a patient who is physically unable to breathe, or breathing insufficiently. 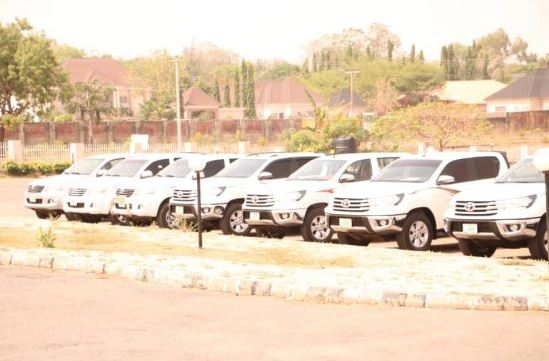 A respiratory expert who craved anonymity said Nigeria requires about 10,000 respirators for emergencies over the ongoing pandemic.

Most of the ventilators already present in the country are in tertiary hospitals—federal medical centres and teaching hospital, he noted.

He said ventilators were very important equipment, not only being used for supportive care of COVID-19 patients, but other respiratory illnesses, adding that it was important for all hospitals to have them.

Nasawara has not reported any confirmed case of COVID-19 but it shares boundaries with Kaduna, Abuja, Kogi, Benue and Taraba.

Abuja, Kaduna and Benue have 58, six and one confirmed cases respectively.

Medical and Health Workers Union of Nigeria (MHWUN) threatened to embark on strike over non payment of their March salary by Doma local council.

Mr Adamu Musa, the Secretary of Ekye branch of the union in Doma Local Government, made this know on Thursday in Lafia when they appeared to defend their petition before the Nasarawa State House of Assembly, (NSHA) Committee on Public Complaints, Petitions and Security chaired by Hon Danladi Jatau.

Musa said, ” We petitioned the Chairman of Doma Local Government, Alhaji Rabo Sani over non payment of our March salary to health workers and we are set to commence strike by Friday 17th,2020 if nothing is done”.

Some stakeholders of Nasarawa State have faulted the purchase of the cars for the state lawmakers, stressing that the money should have been channelled to equip its hospitals with modern equipment like ventilators.

An activist, Omar Nurudeen, said the presentation of new Toyota Hilux cars to the 24 lawmakers was unnecessary. 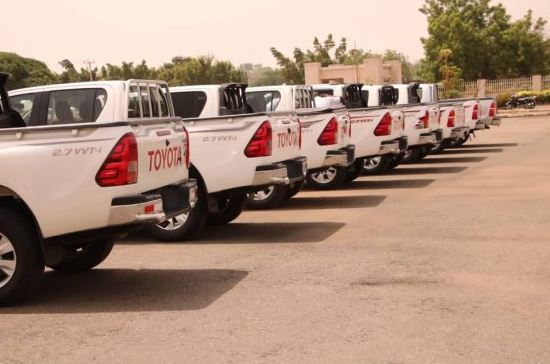 He lamented that the cars were presented at a time most states have cut down their spending to meet the economic challenges brought on in the wake of coronavirus pandemic.

Omar noted that each car which allegedly cost N21m could pay for at least three ventilators, which would have improved the health system of the state.

Umar Angibi, the immediate past state chairman of Inter Party Advisory Committee, and now a member of All Progressives Congress, said the purported purchase of cars may appear to be irresponsible at this point in time because of the battle against the Covid-19 pandemic, but not necessarily an illegitimate act.

“If the resources used by the House of Assembly to acquire the vehicles are their entitlement, then let it be, after all government is a continuum,” Angibi said.

Chairman of the leading opposition People’s Democratic Party in the state, Francis Orogu declined with “No comment for the moment.”

Why we bought the cars

The state government has claimed the vehicles were bought for the members of the assembly to facilitate their oversight functions, in line with existing practice as provided by law and other extant regulations.

Its claim was contained in a statement by the Secretary to the State Government, Tijjani Ahmed.

“It is a tradition that the state government normally purchases official vehicles for newly-elected members to enable the legislators perform their oversight functions among other legislative activities effectively,” the Speaker of the Nasarawa State House of Assembly, Ibrahim Abdualahi, said during the presentation.

The State commissioner for Information, Dogo Shammah added that the choice of car was because of the bad terrain in the state, stressing that the state has made order for ventilators and expecting delivery soon.

“We have some area that have bad terrain in the state, that is why they were given Toyota Hilux for them to go back and meet the people of their constituencies and hear their complaints instead of going to them during elections only.

“The ventilators have been ordered and we are expecting anytime soon,” the commissioner said.