Nigerian soldiers have been praised after they successfully overran bandits terrorizing communities in Nigeria. 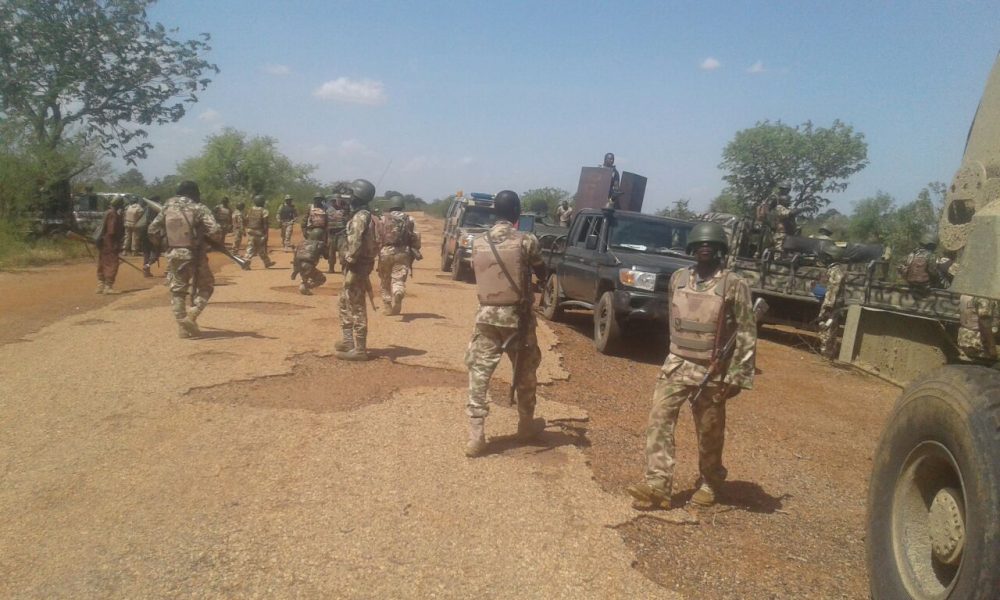 Nigerian army
The Governor of Zamfara state, Bello Matawalle has received 14 AK47 rifles and 10,000 live ammunition recovered from bandits by troops of Operation Hadarin Daji (OPHD).
The firearms were handed over to him by Brig.-Gen. Aminu Bande, OPHD Commander at the Operation’s headquarters in Gusau, NAN reports.
Bande, who is also the Commanding Officer, 8 Division Sokoto, said troops have been recording successes in the onslaught against the criminals.
“This is why many of the unrepentant bandits are lobbying to come and surrender themselves under the state government peace initiative in order to escape the troops’ superior fire power.
“We will continue to engage these criminals until the whole state and its environs are completely secured,” Bande said.
The commander further told the governor that one General Purpose Machine Gun, three Fabrique Nationale rifles and one AK-47 rifle were surrendered to the troops by some repentant bandits.
Matawalle lauded the troops and announced a donation of 190 motorcycles to ease movement.
Top Stories