The victim and other youths had been working with the vigilance group to keep watch over their area in Lagos. 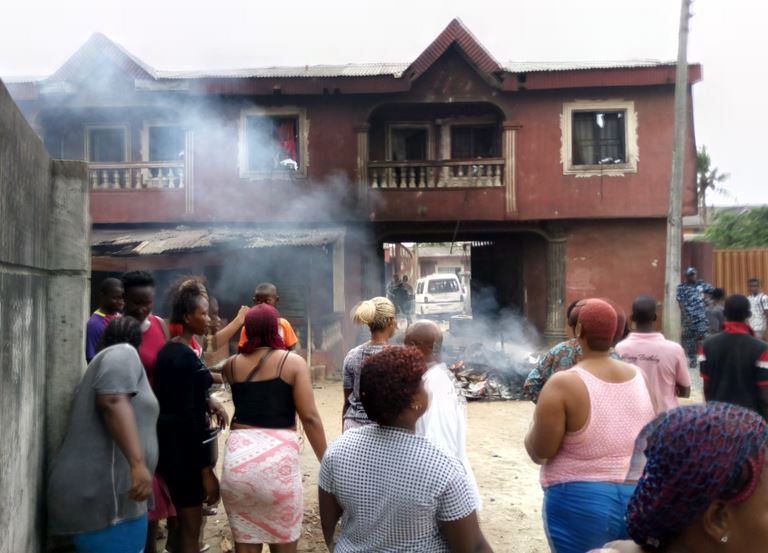 According to a report by Sun News, the residents of Victory Estate, Iba, Lagos, were thrown into chaos early on Saturday morning when a footballer identified as Steven Benson Doubra, 23, was allegedly shot and fatally wounded by a vigilante.

An eye witness told Sun News that the victim and other youths had been working with the vigilance group to keep watch over their area since the news of the dreaded One Million Boys who now operate in various parts of Lagos State filtered in that they were coming to raid the area.

After the night watch, the victim was allegedly accosted on his way home by the Zone 3 chairman, who is popularly known as James. The two got into an argument which led to the shooting.

A cousin to the victim told our correspondent that ”Steven was shot after he was confronted by the chairman when they finished the vigilance job and were all going home. He was shot at the junction but he managed to get to our family house .

“When he entered the compound, he fell down. I rushed out to see him in a pool of blood. I ran back inside to call others but before I came out he had been taken away on a bike by the vigilance group chairman.

‘They had an issue before yesterday; James threatened him but we didn’t take it seriously only for him to shoot Steven early this morning.”

As of the time of filing the report angry youths had gathered around the chairman’s house vandalising properties, protesting the shooting incident.

Meanwhile, the chairman’s whereabouts is still unknown since he disappeared with the wounded victim.

One of the police officers from Adoff Police Station told our reporter that they came to restore peace to the community and to prevent the youths from taking laws into their hands.

The victim’s father who was distraught said he prayed his son was still alive. Steven is the third of his six children.