Eva Apio Is My 'Spec', If God Permits, I'll Marry Her - Father DMW Opens Up


Rising Instagram personality, Father DMW has spoken up about his relationship with model, Eva Apio. 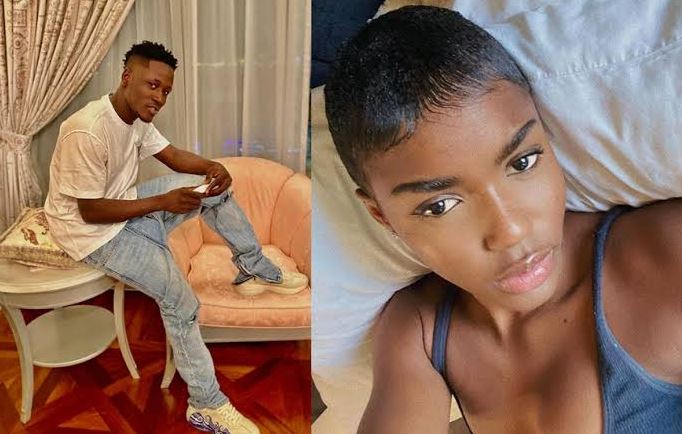 Instagram personality and one of Davido’s staff members, Muhammadu Abdullahi, popularly known as Father DMW, has been trending on social media for some time due to his relationship with Ugandan model, Eva Apio, who he constantly chats with on Instagram.

In an interview with Sunday Scoop, Abdullahi stated that he was willing to marry Apio. Recalling how he met her, he said, “Eva is my special ‘bestie’ and she cares about me as well as I do about her. It all started as a crush. I usually posted her pictures before we even talked on my Instagram Live chat. I did not really know her then. I was following her but she didn’t follow me back, until one day, she was live on Instagram, and I sent a request to chat. The rest, as they say, is story.

“She is my specification, so if God permits that I should marry her, I will surely say yes.”

Father DMW, who used to be a commercial motorcycle rider also recalled how he met Davido. “I would attribute it to grace and focus. I knew that he was the one I needed to meet in order for my life to be better and I did everything possible to meet him. I was an okada rider when I met Davido.”

On how he got the nickname, ‘Father DMW’, he said, “It’s very funny. And I’m sure people will be hearing this for the first time. ‘Father’ is not my name; it is actually my elder brother’s name. However, because we look alike, people started calling me ‘small Father’. As time went on, they removed the ‘small’ in the name and left me with ‘Father’. When I joined Davido’s 30 Billion gang, ‘DMW’ was added to my name.”

Father DMW also stated that Davido, Zlatan and Broda Shaggi have influenced him in one way or the other. He added, “Davido brought me up from nobody to be somebody. He introduced me to Brodda Shaggi, who is also my role model. I can’t speak less of Zlatan, because he was the one who opened my Instagram page for me. He sponsored a giveaway for people to follow me. The three of them have influenced me and are still doing so. I am very grateful to them.”