This Is Not A Joke - Presidential Aide, Bashir Ahmad Cautions Singer Zlatan For Laughing Over The New Cases Of Coronavirus


The Presidential aide, Bashir Ahmad took to Twitter to caution singer, Zlatan after he kept laughing emojis at the NDDC's post on confirmed covid19 cases in the country. 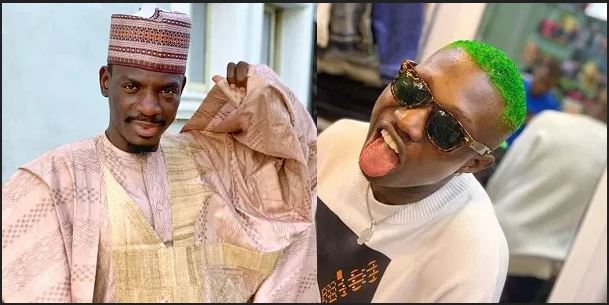 The Nigeria Centre for Disease Control (NCDC) on Sunday April 19, confirmed eighty six new cases of Coronavirus bringing the total number to 627, and this got mixed reactions from Nigerians. 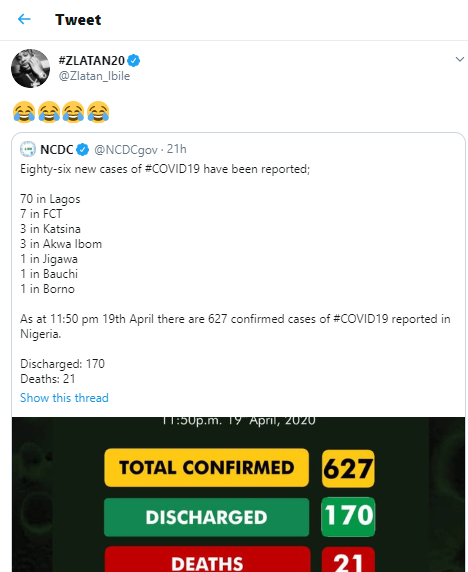 Bashir Ahmad, the Personal Assistant to President Buhari on New Media has now been forced to caution the singer for making light of the new Coronavirus cases.

He wrote: 'Zlatan, as President Buhari stated in his national broadcast on April 13th, ‘this is not a joke, it’s a matter of life and death.’ 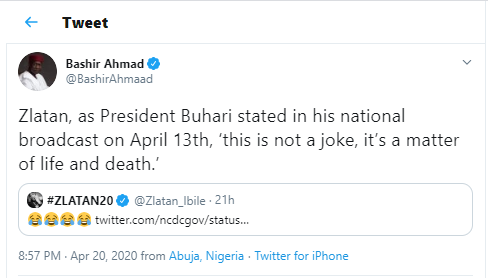