The sustained offensive against Boko Haram and the Islamic State for West African Province (ISWAP) might see them surrender soon. 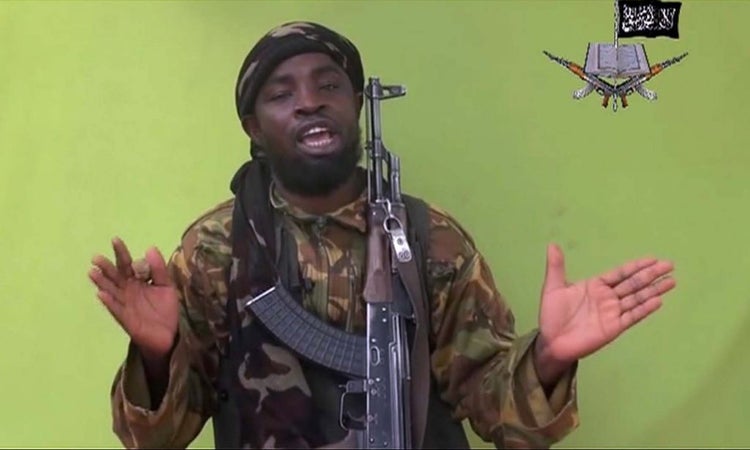 Boko Haram leader, Abubakar Shekau
Following brutal grand offensive mounted by the Armed Forces of Nigeria against Boko Haram and the Islamic State for West African Province (ISWAP), the body language of terror leader, Abubakar Shekau, is that of surrender, military authorities said yesterday.
This comes after they confirmed the killing of key Boko Haram commanders during airstrikes on Durbarda, Borno State, according to a report by ThisDay.
Speaking at a briefing in Abuja attended by the leadership of DICON, led by Major General Victor Ezugwu, the Coordinator of the Directorate of Defence Media Operations (DDMO), Major General John Enenche, said while there was no official contact with the terror leader, his body language showed that he was ready to surrender.
He added that Boko Haram has been degraded by the ongoing pounding of its forces and structures.
“If you talk about body language, the body language is there. If he makes any move in that regard, you will know but from the onslaught from troops, they can’t hide anymore”, he said
Top Stories