A 24-year-old man has cut off his tongue as a sacrifice to God to spare him from the coronavirus pandemic. 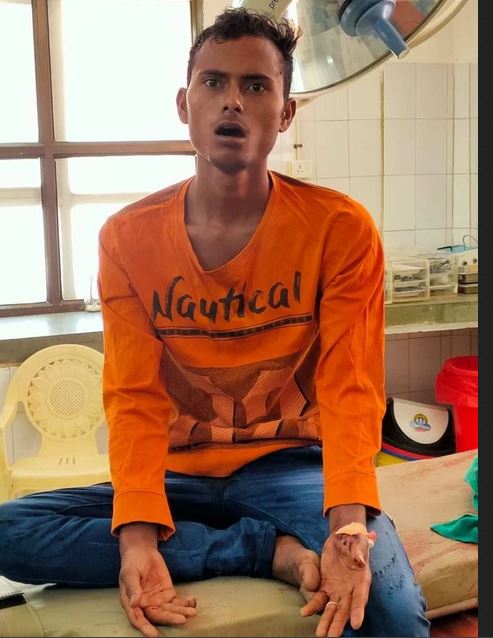 A 24-year-old man in India, cut off his own tongue to sacrifice to his god in a bid to prevent the spread of coronavirus.

The young man identified in India as Vivek Sharma, reportedly cut off his tongue in order to please a deity god to protect others from the spread of the deadly coronavirus.

Vivek who was said to have become anxious about the spread of the killer disease, which has claimed more than 160,000 lives worldwide did this on Saturday morning in Nadeshwari in Gujarat.

He had been employed as a stone cutter alongside eight others working at the Bhavani Mata temple in Suigam, according to one of his co-workers, he was an ardent devotee of Kali Mata.

On Saturday morning, he left Bhavani temple saying that he was going to the market, but did not return. It was when his brother called him on his phone, a stranger answered and told him what had happened.

According to police reports, Vivek did it thinking that by sacrificing the tongue he would please the god to stop the spread of Covid-19.

Police were called by a priest, and arrived to find him unconscious. Vivek was immediately rushed to the hospital where doctors are trying to reattach his tongue.

Medic SK Vala said: “Only after a thorough investigation, we will know the exact reason for such a step.”